Home » Movies » The ALIEN: COVENANT Teaser Calls Back to the Original Terror

The ALIEN: COVENANT Teaser Calls Back to the Original Terror 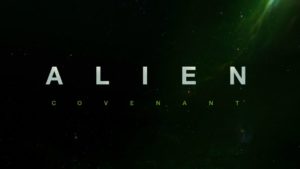 Alien: Covenant released a quick, very quick, teaser trailer through their official Twitter account today.  There isn’t much to go on, it is only 15 seconds, more of a gif and less of a trailer.  In it we see an egg slowly opening.  The image is dark, grainy, with the egg never opening completely.  Instead the teaser cuts just as we get to the payoff.

This, along with the images released earlier in the week, steer away from the aesthetic of the prequel, Prometeus, and conjur images and nightmares from the movie that started it all, Alien.  Remember, this is not a reboot, but a deepening of the world and mythology.  Prometheus started to answer the question of where the Aliens come from, hopefully Covenant will continue that line of questions and answers.

Ridley Scott returns to the universe he created in ALIEN with ALIEN: COVENANT, the second chapter in a prequel trilogy that began with PROMETHEUS — and connects directly to Scott’s 1979 seminal work of science fiction. Bound for a remote planet on the far side of the galaxy, the crew of the colony ship Covenant discovers what they think is an uncharted paradise, but is actually a dark, dangerous world — whose sole inhabitant is the “synthetic” David (Michael Fassbender), survivor of the doomed Prometheus expedition.