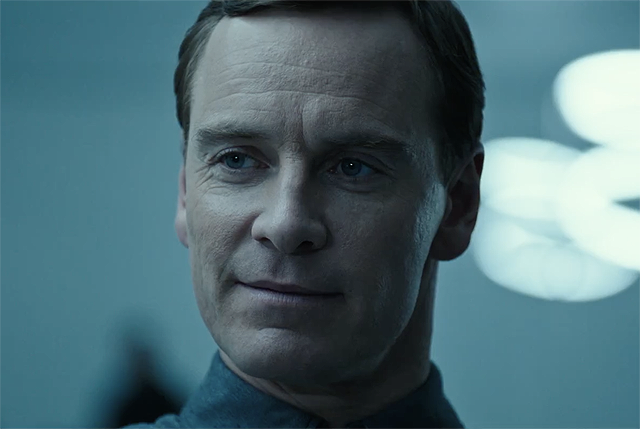 When it was announced that Michael Fassbender would be joining the cast of Alien: Covenant, we all assumed he would be returning as the same character from Prometheus, the Android, David. But that is not the case….Kind of. He is credited as David but also, as Walter.

RELATED: The New ALIEN: COVENANT Trailer and Poster Will Strike Fear In Your Heart

20th Century Fox released a short today introducing the new Walter android, and you too, can order one here at MeetWalter.com.

This featurette shows Walter being being created and I just want to say that Weyland-Yutani has got it exactly right. Just keep making them all to look like Fassbender. Walter, David, whatever. And yes, I’m objectifying.

When you go to MeetWalter.com, you have the option to find out his specs, by clicking on various parts of his face and upper body. You’ll be able to find out things like:

Emotional Intelligence: Walter has no emotional needs, but he’s been engineered to perceive a full spectrum of feelings. He will understand and satisfy your every want.
Instantaneous Psychological Awareness, Micro-Emotive Facial Expressions, Engineering Intuition by RADEON™ Instinct

Biosocial Compatibility: Equipped AMD’s Ryzen™ and Radeon™ Instinct Technology, each Walter is fined-tuned to your specific biosocial stamp – a customized companions as unique as you are.
Socio-Genetic Screenings, Unique Personality Configuration, Created To Serve

Alien: Covenant will be in theaters May 19th.