Fear the Walking Dead season 3 comes to a close after a much faster paced and intense season.  Trouble seems to follow Madison and her family, but it’s not entirely their fault.  Other people are interested in power and controlling the living.  Their greed is causing others to be put in danger.  Madison is strong, but just a little too trusting.

We pick up from last week. The Clarks are separated.  Madison (Kim Dickens) is headed to the dam with Walker (Michael Greyeyes), Crazy Dog (Justin Rain) and Strand (Colman Domingo) . Alicia (Alycia Debnam-Carey) is heading to a cabin that Jake told her about. Nick (Frank Dillane) is on an adventure with Troy (Daniel Sharman) at the trading outpost.  Ofelia (Mercedes Mason) was bitten and died before Daniel (Ruben Blades) could get to her.

Read our Season 3 recaps of FEAR THE WALKING DEAD

Last week, Strand was seen trying to make a deal with Procter John’s men saying he had something they wanted. Obviously, it’s the dam.  Strand knows that Lola (Lisandra Tena) is not a strong leader.  She’s fair, but will not do what is necessary to maintain control of the dam.

Daniel has told Lola they need fire power and a deal was made with the ranch.  The ranch is gone and so are the weapons. Daniel has allowed Madison, Walker, Strand and Crazy Dog to go to the Dam.  I’m sure Daniel has more questions about Ofelia’s death too. 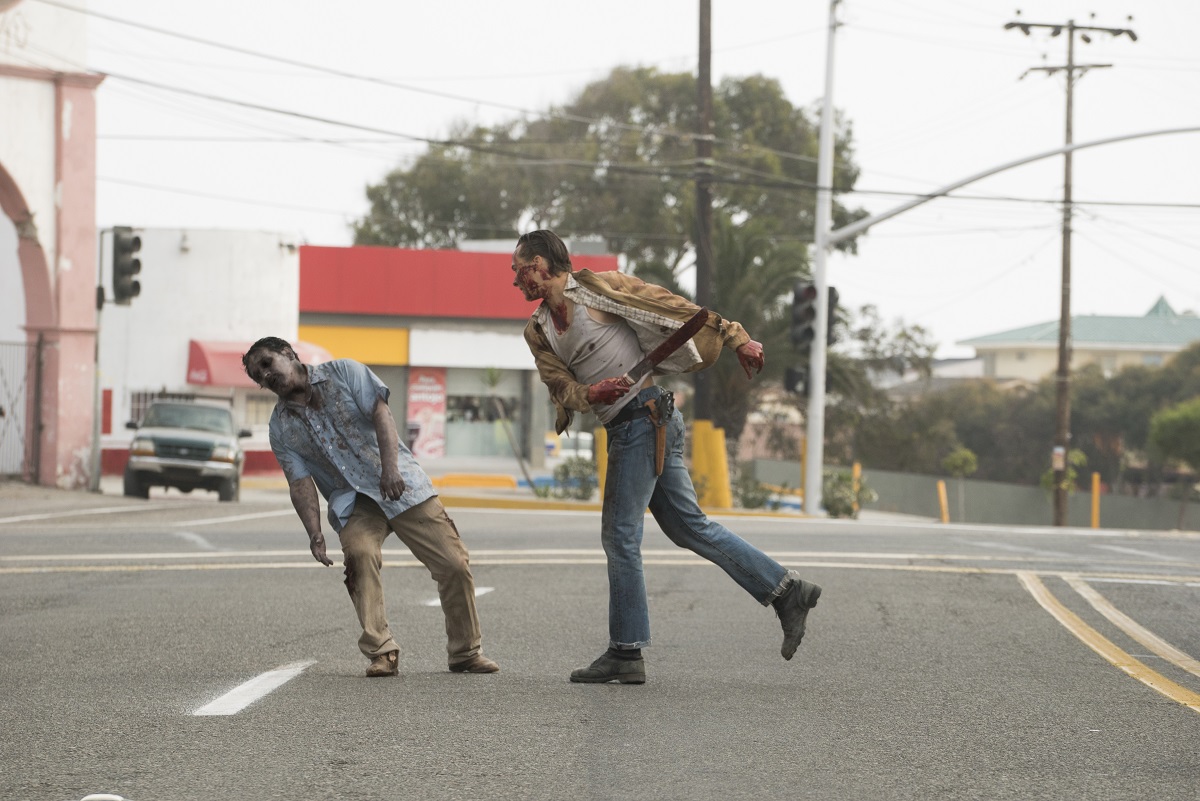 Nick and Troy decided to stay at the trading outpost to…explore some things. They went on a weird trip in the last episode that makes fans think Nick might be reverting to his old habits.  In the trailer for the finale, Nick and Troy discover something that threatens the dam.  What…or who is that threat?

There are men heading up to the dam offices with guns in the trailer as well. Will Lola make the tough decision to fight?  Or will she listen to Efrain (Jesse Borrego) and release the dam?  What is the right thing to do in this situation?

Alicia went off on her own and made a new friend, Diana (Edwina Findley).  They seem to be getting along pretty well. They can at least fight well together, but in the trailer, they are fighting the living.  What kind of danger is Alicia in now?

And one last question…why is Nick collecting dead heads?

Here are the official synopsis for the two hour season finale:

“Things Bad Begun” – Strand’s motives are made clear when Nick discovers a new threat descending on the dam.