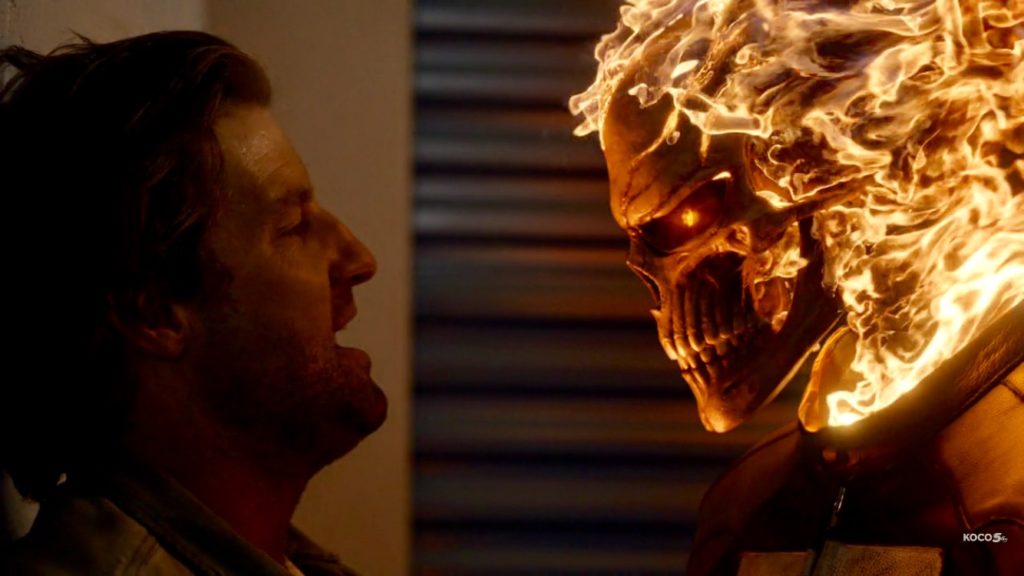 Things start to heat up on this week’s Marvel: Agents of SHIELD as our heroes get one step closer to solving the mystery of the energy ghosts.  And Ghost Rider gets involved in a heated battle.  This was an awesome episode….

We start off this week with cutest couple in the MCU, FitzSimmons.  They’re taking the next step in there relationship and getting a new apartment. As Gemma Simmons (Elizabeth Henstridge) is talking about the features, Leo Fitz (Iain De Caestecker) is more concerned about the price, but he trusts her judgement.  Gemma opens the door to her dream apartment and encounters Daisy Johnson (Chloe Bennett), who is beat up and has been shot.

Gemma patches up Daisy and Daisy asks for her help.  She was shot by Watchdogs who had a list of registered Inhumans and their locations. Daisy tells Gemma that the Watchdogs are hacking into SHIELD servers.  She asks Gemma to help her hack in to try and stop them from getting the Inhuman info.  Gemma refuses, so Daisy forces her to help by pulling  a gun on Gemma.

Elias Murrow (Jose Zuniga) gets an unexpected visitor when Agent Phil Coulson (Clark Gregg) shows up at the prison.  Elias Murrow worked at the Momentum Alternative Energy Lab when the accident occurred that turned a think tank team into ghosts.  Coulson wants information about that accident, but Elias won’t talk.  Coulson reveals to Elias that his colleagues are alive, they have abilities and they are hurting people.  Elias still won’t talk.

Agent Mack (Henry Simmons) is waiting for Coulson outside the prison when Robbie Reyes (Gabriel Luna) drives by.  Robbie see Mack looking at him and takes off. Mack and Coulson chase him down.  The chase ends when Robbie runs into the cloaked Quinjet. 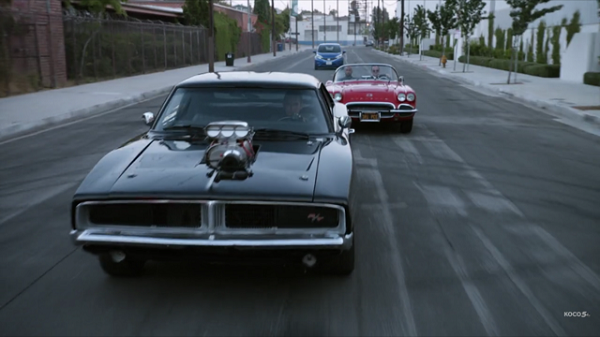 Agent Melinda May (Ming-Na Wen) is being looked after by Dr. Holden Radcliffe (John Hannah) and his assistant Aida (Mallory Jansen).  She tells May how they had to stop her heart in order to reset her brain after being affected by the ghost from the Momentum Alternative Energy lab. Fitz and Dr. Ratcliffe are preparing to work together to find a chemical cure for those affected by the ghost illness…and May is their test subject.

Daisy has a plan to get into SHIELD to set up a flash drive so she can gain access. Instead, Gemma uses her newly gained position to simply order an agent to use the flash drive.  Daisy gets access and can see who the Watchdogs’ next Inhuman targets are. They are going after J. T. James a.k.a. Hellfire (Axle Whitehead).  Daisy feels a sense of obligation to all Inhumans so she decides to leave to help James.  Gemma insists on going with her.

On the Quinjet…Coulson finally meets Robbie Reyes.  They have him locked up in a containment module.   Coulson gets the same information that Daisy got…Robbie is not an Inhuman…he made a deal with the devil for his powers…he kills people who deserve to die… 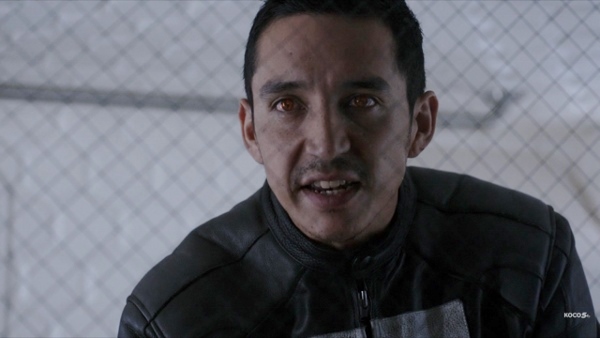 Coulson decides to trust Robbie, because Daisy does, and lets Robbie out of the containment module.

Daisy and Gemma find James at a firework store.   Daisy tells he that he has to leave because the Watchdogs will be coming for him. He’s content with his life and doesn’t want any trouble.  Daisy convinces him to take back his life and join her.  He tells them to meet him at nearby warehouse later that evening.

Coulson asks Robbie for his help in finding out more information about the accident from Robbie’s Uncle Eli…Elias Murrow.  Robbie agrees and gets a lot of information.  Eli knows that SHIELD sent Robbie to talk to him, but he answers Robbie without any hesitation.  Eli tells him that the project was headed by Joseph Bower and his wife Lucy (Lilli Birdsell). Lucy is the ghost lady who touched May causing her to go crazy.  Their goal was to build a quantum particle generator that would create matter.  They hired Eli for his engineering skills and because he didn’t ask too many questions. 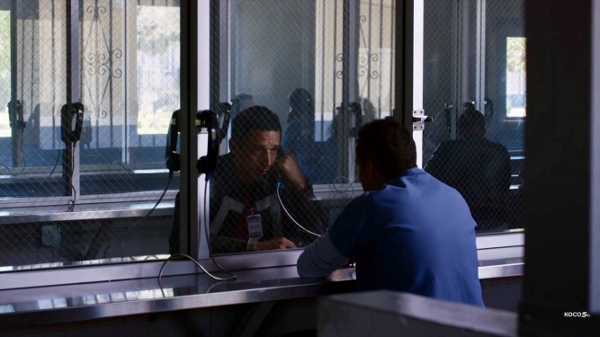 Eli did advise against the creation of their generator, but the couple didn’t listen.  The generator blew up…Eli blamed Joseph for the deaths of their colleagues and attacked Joseph for revenge.  Joseph ended up in a coma and Eli ended up in jail.

Coulson asked about the book that Lucy is looking for.  Eli explains that it’s a book with all of the knowledge that you could possibly need, but it is evil.  Eli then advises Robbie to stay away from this. And the conversation ends because Mack and Coulson get a call to deal with trouble with an asset.  There’s no time to take Robbie home so he has to go along for the ride.

Meanwhile, Lucy enters Joseph’s hospital room and wakes him up from his coma, asking for the book. 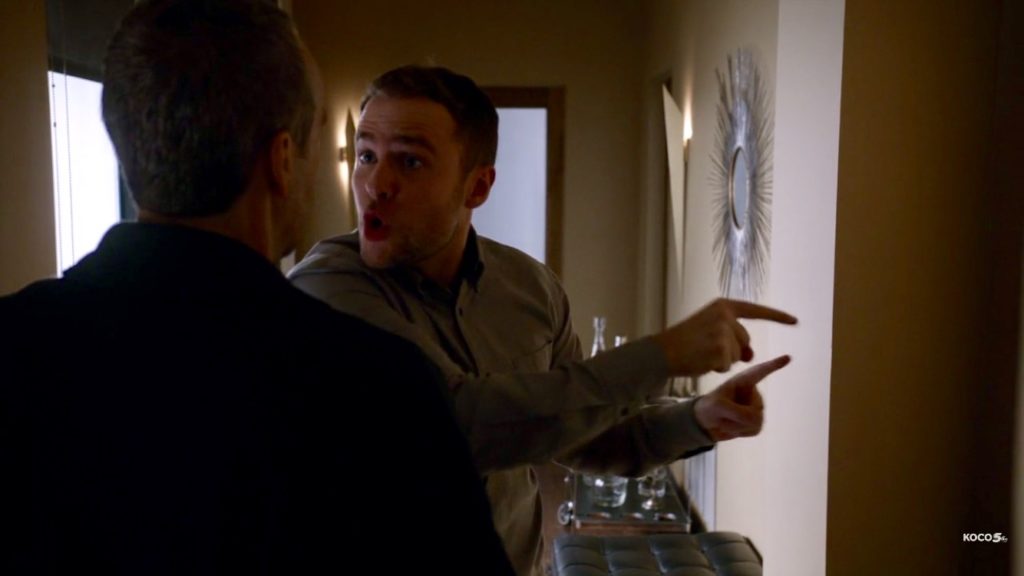 Fitz is really nervous about May meeting Aida and even lies about where she came from.  Dr. Radcliffe thinks that if May can’t figure out that Aida is android, then maybe the rest of SHIELD won’t be able to tell. May likes Aida because she’s all business…no nonsense.

Gemma and Daisy meet James at the warehouse and are arguing when he opens a storage locker, and the Watchdogs are waiting for them.  James then reveals that he hates being Inhuman…he blames SHIELD for making him into an Inhuman…and someone has to eradicate them.  He gave the Watchdogs is tracker/wristwatch so that they could tap into the signal to find other Inhumans.  After all of the other Inhumans are dead, James will die last. 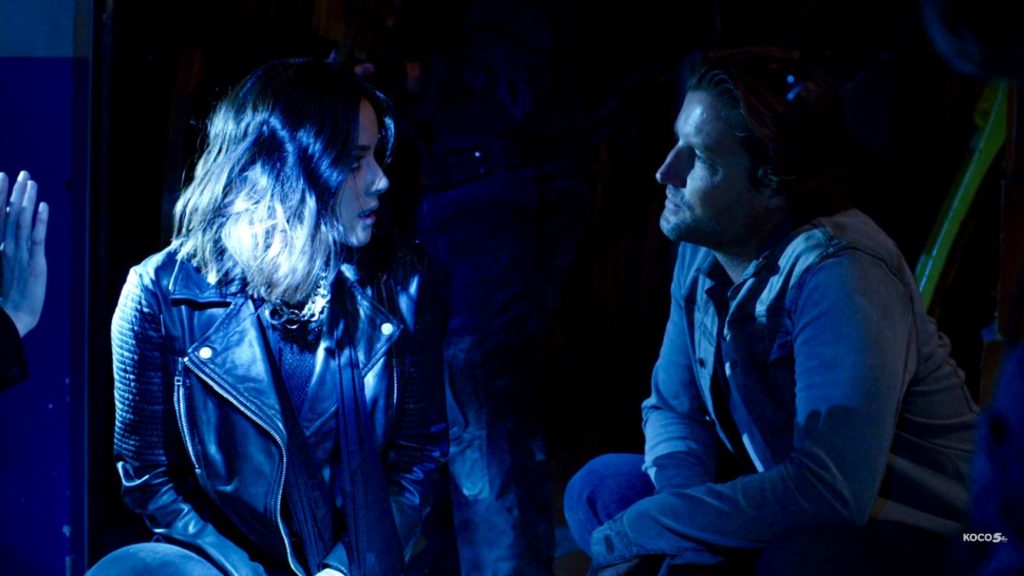 Daisy uses her power to help her and Gemma escape and hide. They are discovered when James uses an explosive to open the door to their hing place.  He threatens the ladies with a chain of fire (HEY!) Robbie stops him by grabbing the chain.  He tells Daisy and Gemma to find Coulson as he swings the chain of fire at James (YES!!!) 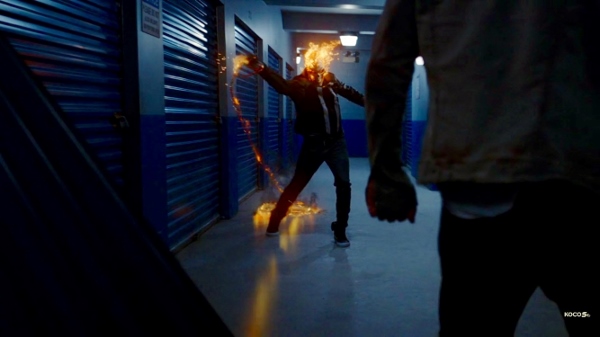 Gemma and Daisy find Coulson and Mack and they assess how many Watchdogs there are.   Gemma tells them that James is working with the Watchdogs, giving them access to the SHIELD server.

The fight between Robbie and James spills over into the firework store and everything explodes. Robbie walks out of the store dragging James behind him.

Later, Aida asks Dr Radcliffe why Fitz lied about where Aida came from.  Aida is programmed not to lie, because lying is bad.  Radcliffe explains that not all lies are bad, that they can sometimes save lives.  In this case, Fitz saved Aida’s life. 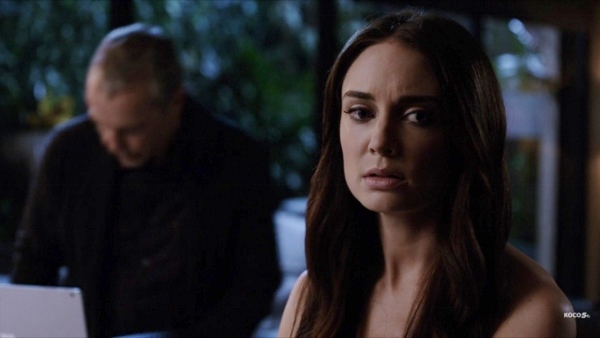 Daisy thanks Coulson for saving Gemma and her.  She is anxious to go back to her life, but Coulson tells her and Robbie that they need to join forces.  They have to be a team now (YAY!) And their first priority is to find…The Dark Hold!!!!!!!

The Dark Hold is the book that Lucy is looking for, but no one has been able to find…not even Nick Fury.  Coulson tells Daisy and Robbie that they have to work together to stop Lucy and the ghosts from getting that book.

Coulson and Gemma goes to pick up May from Dr. Radcliffe’s and they meet Aida.  Coulson and May can’t tell that she is an android, but Gemma immediately picks up on it.Fitz didn’t tell her because she would have to tell the Director.  Gemma’s lie detector test is the next day…she has quite a few lies to tell. 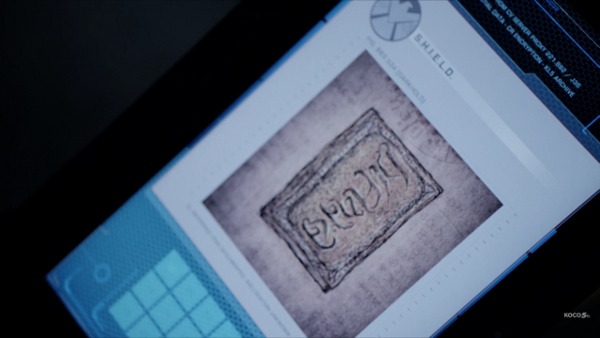 So we have weaved the storylines together…Robbie Reyes, The Watchdogs, the energy lab ghosts, and SHIELD.  Although the Watchdogs haven’t exactly tied into to the ghosts and Ghost Rider, they are still a threat that hasn’t been taken care of.  We will see more of them and hopefully more Inhumans.

The story is moving at a steady pace with some great action sequences.  Of course my favorites are the Ghost Rider encounters. That car chase was something else.  Lola was able to keep up with the Ghost-mobile and Coulson didn’t even have to use any of the special features.  He finally used the fiery chain!  Such a classic move!

Now that we are just a couple of weeks away from the premiere of Doctor Strange, we now have a connection to that story with the introduction of The Dark Hold.  In the comics, Doctor Strange is supposed to be in possession of that book. We’ll soon find out if he does or not.

Aida’s story will be interesting to watch as well.  There’s a high interest in android’s in television with the HBO series Westworld gaining popularity.  As Aida learns how human nature works, it will be interesting to see if she can change her programming to compensate and even become more human-like.  It can’t be a good thing though…Ultron’s reign wasn’t that long ago in the MCU. She will be seen as an instant threat and will need to defend herself.

Overall, good action…story is moving well…our heroes are back together and we are learning more and more just how interesting our world can be.