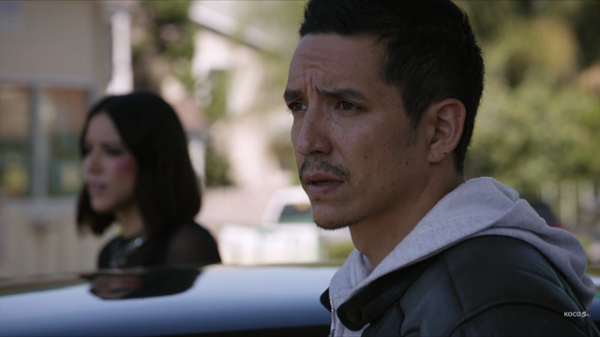 Are you ready world? S.H.I.E.L.D. IS BACK!  This week’s episode was full of mystery and action and a sense of pride as we get to see our heroes step foot back into the light.

Elena/Yo-Yo (Natalia Cordova-Buckley) is out with her girls at a bachelorette party when the power goes out in Miami.  They leave the club and try to make their way to find the fiancee.  They are stopped by a group of armed men looking for the Inhuman. 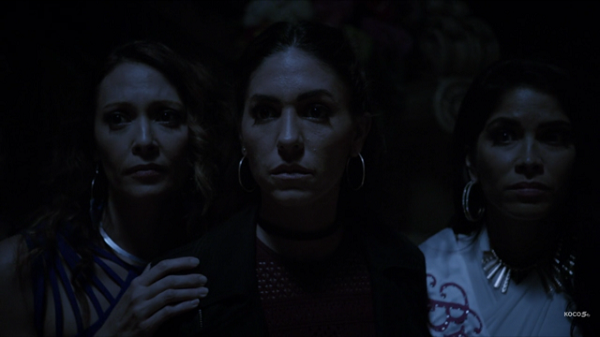 The “Inhuman Resistance” takes credit for a blackout in Miami and other cities around the world.  They want the Sokovia Accords to end.  No more registration…let the Inhumans live in peace.  So of course everyone becomes suspicious of all Inhumans.  The Director (Jason O’Mara) sends Mack (Henry Simmons), Fitz (Iain De Caestecker) and Coulson (Clark Gregg) to Miami to find out what’s going on.  When they get there, they lose power and have to find another way to figure out where the EMP pulse is coming from.

Simmons (Elizabeth Henstridge) is sent to Dr. Radcliffe (John Hannah) to try and figure out why May (Ming-Na Wen) is so erratic. They conclude that she is scared to death, but don’t know what is causing it.  Radcliffe suggests to reboot May’s brain by killing her, the bringing her back to life. Simmons is uncomfortable with the suggestion, but they are running out of time.  As they are waiting for the ‘re-boot’, the power goes out. The Inhumans have struck Washington DC and they have no other way to revive May! 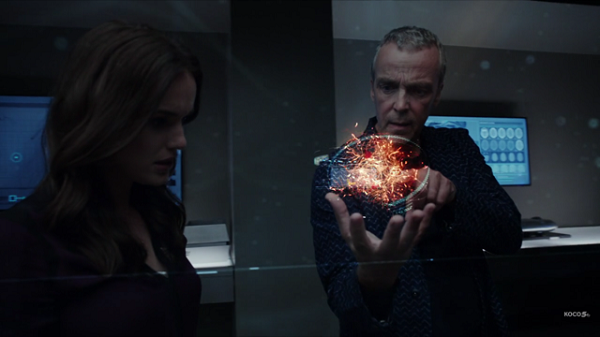 The blackout spreads all the way to LA. Robbie (Ming-Na Wen) is worried about his disabled brother Gabe (Lorenzo James Henrie). Since Robbie’s car is not electronic, it still runs.  He rushes to find his brother just as some looters are about to steal his wheelchair.  They want the car too, so Daisy (Chloe Bennet) and Robbie fight the gang off and Daisy gets hurt in the process. Robbie takes Daisy and Gabe back to their home where Robbie tells Daisy that he heard her wrist snap.  He leaves to get her supplies for her arm.

The armed men hunting the Inhumans are the Watchdogs. They acquired a list of Inhumans that registered with the government. Those Inhumans are supposed to be protected by the Sokovia Accords.  Someone on the inside has leaked their locations.  The Watchdogs knew exactly where to find Elena.  Coulson is eager to contact the Director to let him know, but first they have to turn the power back on.

None of Fitz’s equipment works so he as to McGuyver the situation and make compasses out of wine corks, pins, water and bowls.  What? No shoelace?  The EMP pulse hits ever 2 seconds and the compass will move, giving coordinates for Fitz to use to figure out where the pulse is coming from.

The Director is receiving pressure from the President to move in on the Inhumans to stop the blackouts.  Seven more cities have been affected and the resistance threatens more if the Inhuman registration does not stop 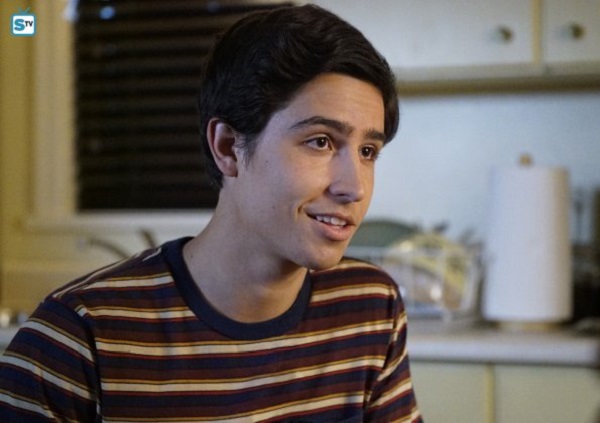 Gabe is suspicious of Daisy and questions her about how she knows Robbie. He lets her know that he saw her use her powers…he knows she is Quake…but he won’t tell anyone.  All Daisy has to do is leave Robbie alone.  When Robbie returns home, Gabe tells him that he went to sleep and when he woke up, Daisy was gone.

Coulson’s team goes to the location of the EMP pulse and stops it.  Fitz turns the lights back on and Coulson immediately contact the Director to let him know that the attack was made by the Watchdogs…not Inhumans.  Now is the time to execute the Director’s plan…what plan???

Simmons is working frantically to save May.  Radcliffe gets AIDA’s heart to jumpstart May’s heart, since they don’t have power back yet.  They use it to power the defibrillator and save May. 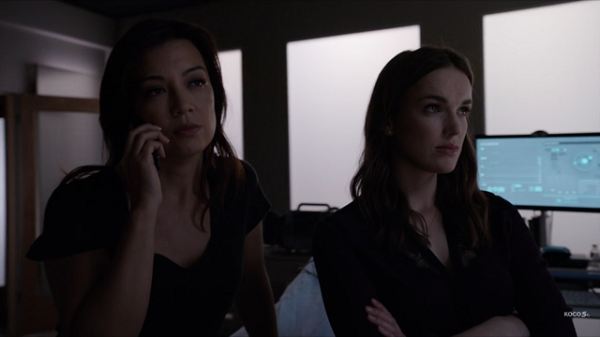 Later, Coulson realizes that everyone knows about he man on fire…Elena calls him the Ghost Rider for the first time in the show.  She tells Coulson that he is a legend.  Fitz tells them that he is real.  Mack and Fitz saw him transform.  What they are worried about is if he is a danger to them and Daisy.

The Director, Jeffrey Mace, holds a press conference.  He tells them the Inhumans were not responsible for the blackouts, but the Watchdogs were. He gives credit to an ‘old friend’ for turning the lights back on. That old friend is S.H.I.E.L.D.  S.H.I.E.L.D. is back to protect all lives. 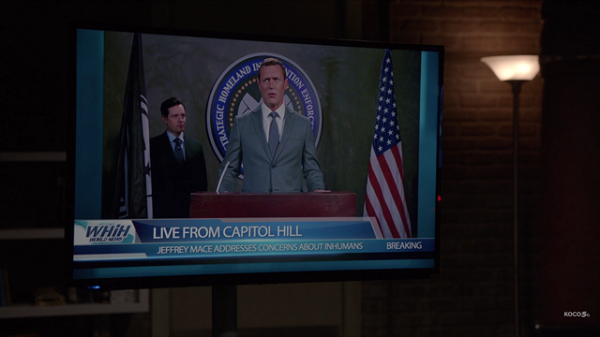 While watching the press conference, May calls Coulson. He’s happy to hear she is as grumpy as ever. She tells him he should have been the one to announce S.H.I.E.L.D.’s return. He says he’s happy where he is.

Elsewhere, Senator Nadier speaks out about S.H.I.E.L.D. saying they are working with the Inhumans.  She is actually watching herself on TV while going through her mail.  She starts to leave but tells someone she is leaving the television on for them. After she leaves, we see who she was talking to…her brother in his Terrigenesis cocoon, soon to be an Inhuman himself.

WOW!!!  That was intense.  It’s exciting to see the Inhuman story unfold.  After the Sokovia Accords, we only saw how it affected the Avengers, now we get to see how it affect everyone else. That’s what I like about AOS. It gives us an outsider perspective to what goes on in the MCU.  We get to see how our heroes really affect the world around them.

I’m really excited about Jeffrey Mace. We know he’s an inhuman, but what will happen when the rest of the world finds out.

And just what is Senator Nadier up to?  She’s really creepy.

Next week we get to see Robbie meet SHIELD.  Will this be what brings Daisy home???

And what about the energy plant ghosts?  I’m sure we’re not done with them yet.