Agents of S.H.I.E.L.D. is heading to space, that much we know. It was obvious in the season four finale of the hit ABC show. Since then we haven’t heard many details about the upcoming season. Today, Entertainment Weekly released an exclusive look at the first poster for season five.

To recap, after the team took down the evil Artificial Intelligent Digital Assistant (with help from the Ghost Rider), they celebrated together with one last meal. The team did some questionable things and expected to be arrested. When the authorities arrived, they froze the agents and took them into custody. At the end of the episode, it appeared that they team were taken to a ship in outer space.

Take a look at the poster. What do you see? 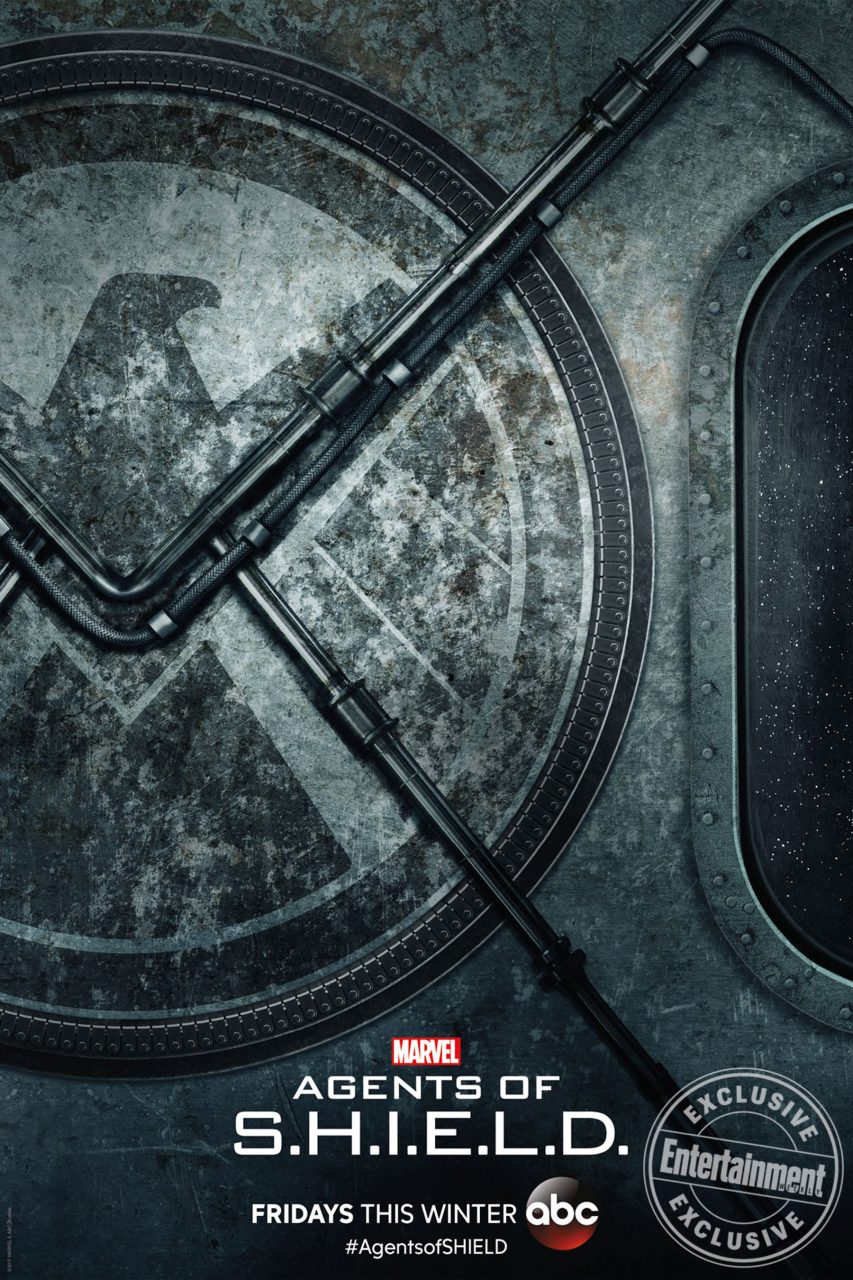 Some fans believe that the organization that took the agents is none other than S.W.O.R.D. The Sentient World Observation and Response Department handles extraterrestrial threats against planet Earth. They are also a subdivision of SHIELD, but completely autonomous.

AoS was not at San Diego Comic Con but the show is scheduled to be at New York Comic Con on Saturday October 7.  Stars Clark Gregg, Ming-Na Wen, Chloe Bennet, Iain De Caestecker, Elizabeth Henstridge, and Henry Simmons are scheduled to appear. Let’s hope they can give us a lot more details about the upcoming season. So far all we know is Nick Blood will return as Lance Hunter.

Agents of S.H.I.E.L.D. moves to Fridays on ABC this winter. Stay tuned to Geek Girl Authority for the latest news!