Agent Carter’s Low Ratings Could Spell Trouble for the Series

As first reported by CBR, the ratings for ABC’s mid-season Marvel series, Agent Carter, have not been stellar in its second season. In fact, the ratings for last night’s explosive finale hit an all-time low. The numbers were 2.37 million viewers and a 0.7 demo overnight rating. Of course, other factors have to be taken into account as last night also featured a lot of political coverage for the Super Tuesday results, which could mean the ratings will go up when you factor in the DVR numbers.

However, the numbers are only important because that’s what pulls advertisers in, which is where the bulk of money for networks is made. If ABC feels like these numbers can’t promise advertisers to jump on board for a third season, then it won’t be enough to save it. 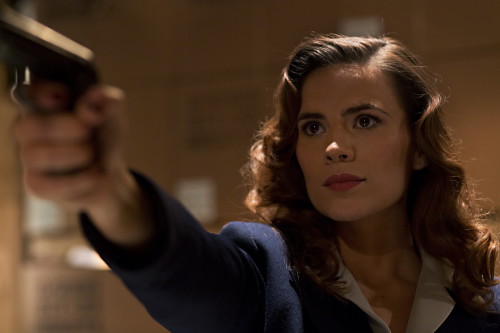 The writing could be on the wall for the show’s cancellation with Agent Carter herself, Hayley Atwell, having been cast in the new ABC pilot for a possible series, Conviction. However, as she told CBR, “There is a chance, from what I know, if both shows get picked up, I’ll be doing both. Until I know one way or the other, I can’t jump for joy or grieve.”

This would be disappointing as the series left us with a number of cliffhangers last night and loyal audiences are going to want answers. With show runners Tara Butters and Michele Fazekas now writing comics, it’s possible that they may try to give those answers in comic book form. And, of course, there could always be a two-hour movie to help wrap everything up into a pretty little bow. But, this is all speculation on our part.

Did we say speculation? We meant hope, because we want answers!