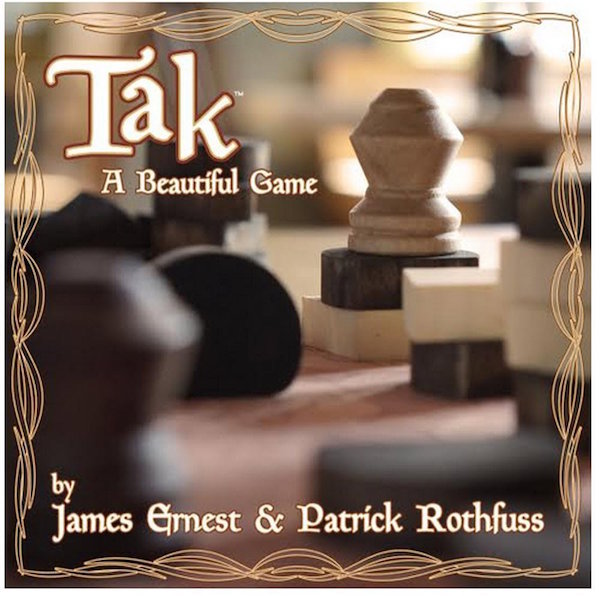 I’m a sucker for abstract board games. I feel like they make me smarter. I like them better when they have classy art, rules that are simple and mostly light on luck, requiring each player to rely on his or her own wits as opposed to other factors. Theme is appreciated, but certainly optional and probably irrelevant in an abstract game. Chess is probably the most well-known of these kinds of games.

The other day, a friend of mine challenged me to a couple of abstract games. We spent a few hours battling it out in a local beer garden. It was a perfect setting and a great afternoon of fun. Plus, I’ll never know if my post gaming brain buzz was from the beer or the games (probably both). The two games we played were Tak and Element. In this review I’ll talk about Tak. 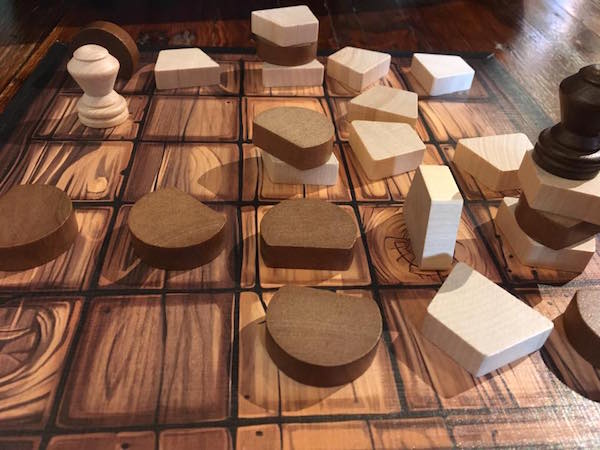 Tak is a game first mentioned in the novel A Wise Man’s Fear. It is the second book in the fantasy series The Kingkiller Chronicle by Patrick Rothfuss. You can read how the game evolved from the pages of the book to reality, here.

In Tak, two players take turns placing or moving wooden blocks on a square board with 25 spaces (5 x 5 grid). The goal of the game is to be the first player to complete a continuous line or “road” of his or her blocks from one side of the board to the opposite side. On your turn, you either place a block, move an already placed block, or pick up a stack of blocks and move them Mancala style in a straight line, leaving smaller stacks as you go. Each player has 31 blocks, but only one has any special ability. The whole game has less than 10 rules. See a “how to” vid by one of the designers here:

RELATED: Tak Comes Alive Out of the Pages of ‘Wise Man’s Fear’

As usual, the strategy turned out to be much deeper than the simple rules would indicate. Our first two games went relatively fast, about 15 minutes each. But by the third game the rules were second nature and the competition ramped up greatly. There were moves and counter moves, causing the board to tighten up quickly. Think Connect Four or TicTacToe with way more possibilities. The rules allow you to place pieces upright (not flat) in order to block the other player’s progress. We used this strategy reluctantly in the first two games because it seemed like a wasted move with no offensive benefit (the wall piece does not count as part of the road you are trying to build to win the game – it’s pure defense). By game three, it became a viable strategy that allowed you to outmaneuver your opponent, letting them think they had a clear path to their own victory and blocking them at the last second. All the while creating your own road in a way the opponent wasn’t paying attention to, with hopes of stealing the victory for yourself. Game three became a war of mental attrition and I loved that. 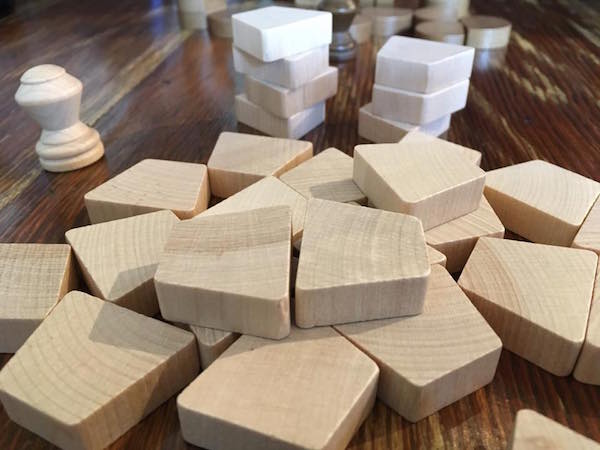 Tak exhibited most, if not all, of the traits I look for in an abstract strategy game. The fact that the game takes less than 30 minutes doesn’t hurt either, because you should be able to get a rematch without too much begging when you lose. In conclusion, the overall presentation, along with the streamlined rules, made for a classy and fun strategy game that I look forward to playing again very soon. If you haven’t heard of Tak you should check it out immediately.

Thanks for reading and keep on nerding on.

For all tabletop and board game reviews, click here!