Marvel has won a lot of battles recently, but they can’t win them all. Yesterday, a lot of television studios made announcements for their upcoming Fall schedule and Marvel TV was left in decimated smoking ruins as Agent Carter was canceled and Marvel’s Most Wanted, the spin-off to ABC’s successful series Agents of SHIELD, was dropped as a pilot. 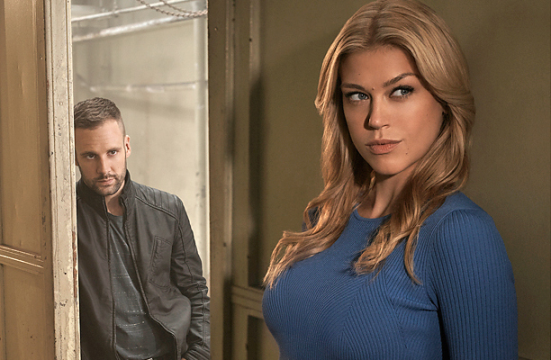 What makes this interesting is that one of the more emotional episodes of Agents of SHIELD this current season was “Spy Goodbye” where Agents Bobbi Morse (Adrianne Palicki) and Lance Hunter (Nick Blood) bid their team mates adieu to go off and do this series, which has now been dropped. This of course, begs the question, will the two agents return to Agents of SHIELD next season? It can’t be this season as they’ve wrapped production.

So, as of right now, the only television Marvel has out is Agents of SHIELD and their Defenders-based shows on Netflix. They also have Damage Control still in development as well as a series from 12 Years a Slave writer, John Ridley, though there is absolutely positively no news on what that will actually be.