Home » Stuff We Like » A DOLL’S HOUSE, PART 2 at South Coast Repertory: Well-executed, but do we need it?

A DOLL’S HOUSE, PART 2 at South Coast Repertory: Well-executed, but do we need it? 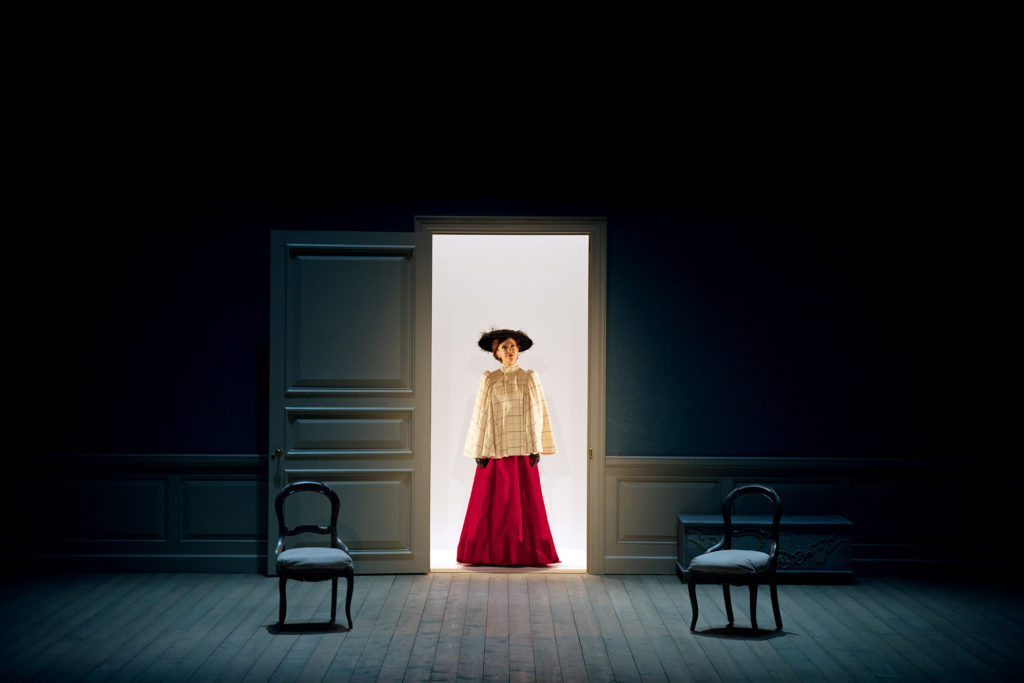 One of the questions I ask a lot after seeing a sequel or remake or reboot of anything iconic is: Did we need that? I asked it after seeing the new Ghostbusters movie last year, which was good, but not something I think we needed. I ask it every time anybody tries to do anything with Dirty Dancing. (ABC, I am talking to YOU right now: NOBODY WANTS YOUR TV REMAKE.) And it’s the question I found myself asking after watching A Doll’s House, Part 2 at South Coast Repertory Theatre in Costa Mesa last night.

I have a special relationship with Henrik Ibsen‘s original play, which is what motivated me to see this “sequel” that reintroduces Nora to the Helmer household 15 years after she made her dramatic exit. Playing Nora in a cutting of the final scene in Ibsen’s A Doll’s House was the pinnacle of my high school acting career. My scene partner and I took our cut to several drama festivals, and I know we won at least one of them. (It was a while ago.) I loved that scene, though, and I loved being Nora in it.

A Doll’s House was also my first exposure to proto-feminist literature, which wound up having a pretty significant influence on me. Between it and Kate Chopin’s The Awakening, I woke up to how far women had come in 100 years (and began to wake up to the distance still to go).

The production of A Doll’s House, Part 2 was excellent. The content was compelling– essentially a group therapy session that unpacks the ripple effect Nora’s exit had on her family and their community, inviting the audience to regard Nora through the eyes of her abandoned husband, daughter and nanny. The performances were solid– especially Lynn Milgrim’s performance as Anne Marie– she had all the funniest lines, and she delivered them perfectly. 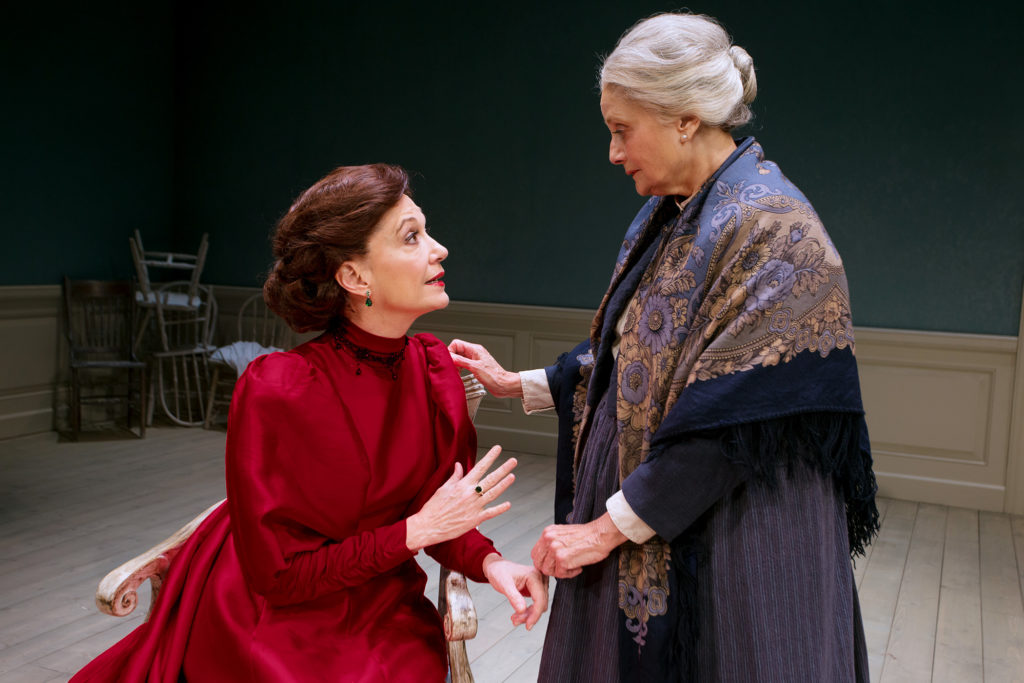 My issue as I digest an evening in the presence of artists at work, supported in their endeavor by SCR’s commitment to showcasing new plays, is ultimately with the play itself. I have deeply mixed feelings about posthumous sequels to beloved works, conceived by other people. On the one hand, why shouldn’t we all be able to riff on themes introduced by others? That’s just one way of acting on authentic inspiration! On the other hand, what gives anyone the right to say what happened to Nora after she closed the door on Torvald and walked into the unknown?

Perhaps those mixed feelings are especially strong here because Nora comes across as fairly unsympathetic in this play.

When we see her last in Ibsen’s play, she has had an epiphany about her lack of identity and the emptiness of her life, and she opts out of the role that was thrust upon her. In that time, a woman claiming ownership of her own life was radical. There’s no question that her decision would have repercussions for everyone in her family circle, but their experiences are not the point. The point is that she wakes up and takes action, and it is extremely rare in literature from that era for her not to get killed off for it. (A point playwright Lucas Hnath alludes to in this play when Nora describes the first novel she wrote after leaving Torvald.)

These days, it’s our media’s pleasure to deconstruct our heroes and look at how everyone’s actions affect everyone else. (See: Every DC movie in which the superheroes and villains all have pasts that gave them ISSUES.) So now we’re unpacking Nora’s departure– learning that she’s spent the last 15 years living it up as a single gal, writing popular novels, taking lovers and getting rich without writing a single letter to her children or the nanny who raised her– and giving her a reality check about how her choice changed the lives of the people she left behind. 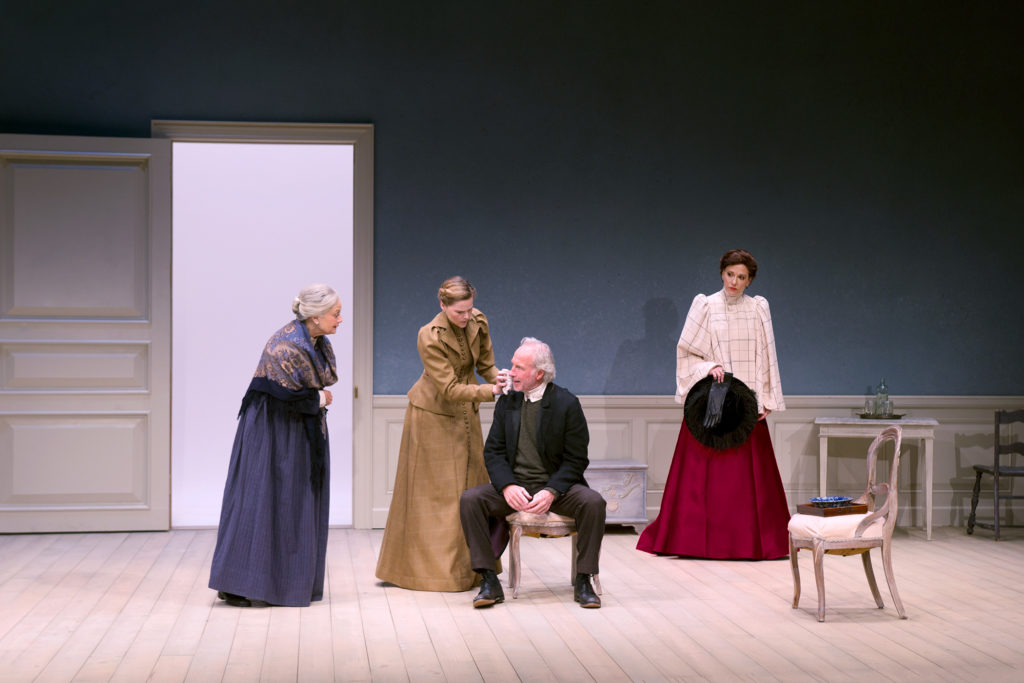 Whether the Nora Ibsen imagined went on to live a life of freedom and fulfillment or drudgery and difficulty, the thing that made his play so special was that she left to live it without asking anyone for permission or validation. Somehow this play felt like it was reacting to that like it was a flaw to be corrected– let’s put Nora in a room with the people she affected and see if they’ll retroactively bless her departure.

As I continue to digest this play, while I’m sitting here writing out my feelings about it, I think it accomplished some truly worthwhile things. It reconnected me to the source material– I even found my copy of the script from my high school scene and performed a one-woman show of it in my bedroom. (It was excellent, trust me.) It made me want to engage you, the people I hope are reading this, in a conversation about reboots and re-imaginings. Are there times when it’s best to leave the original to stand on its own, or is it good to see where the story can go? What are the rules about that? Can we do it with everything except Dirty Dancing, or are there other exceptions? And finally, when is it OK to put characters and art from other times through a modern ringer? What are the rules about that?

I don’t know whether I’d say I “liked” this play, because of everything I’ve already said, but I would definitely recommend seeing it if you can. If you do, I hope you’ll respond to this article!

South Coast Repertory is producing the world premiere of Lucas Hnath’s A Doll’s House, Part 2 on the Julianne Argyros Stage, April 9-30. The cast includes Shannon Cochran, Bill Geisslinger, Lynn Milgrim and Virginia Vale. A Doll’s House, Part 2 is directed by Shelley Butler and is part of the Pacific Playwrights Festival, the theatre’s annual new-play showcase. A production opens on Broadway at the end of April. Find more at scr.org.

PS I feel compelled to confess that I read Scarlett, Alexandra Ripley’s posthumous 1991 sequel to Margaret Mitchell’s 1936 novel Gone With the Wind, and I enjoyed it. I felt conflicted about enjoying it, but I did.