It’s that time again.  Time for a new beginning for CW’s The Flash.

All of season there, Barry was messing things up.  Beginning with the creation of Flashpoint, a world where both of Barry’s parents are still alive.  Barry knew he’d have to return to the real world and when he did, he immediately saw some changes.  See, you mess with the timeline and everything gets shifted out of place.  Flashpoint not only affected the past, it affected the future as well.  The result being Savitar.  Savitar was created by future Barry, for future Barry, and against present Barry.  To make a long story short, Barry had to face himself and Savitar to realize just how much damage he had caused.

In the process Iris West (Candace Patton) almost died, HR Wells (Tom Cavanagh) did die, Caitlin Snow (Danielle Panabaker) became Killer Frost, Wally West (Keniynan Lonsdale) became Kid Flash, and Iris lost the love of her life.  Barry left Central City in the hands of Team Flash.  He told Iris to keep running before he ran into the speed force. The speed force must always have a speedster inside.  Savitar used Wally to escape, Earth 3’s Flash Jay Garrick (John Wesley Shipp) went into the speed force to save Wally, and now it was Barry’s turn to take Jay’s place. And that’s where we are. 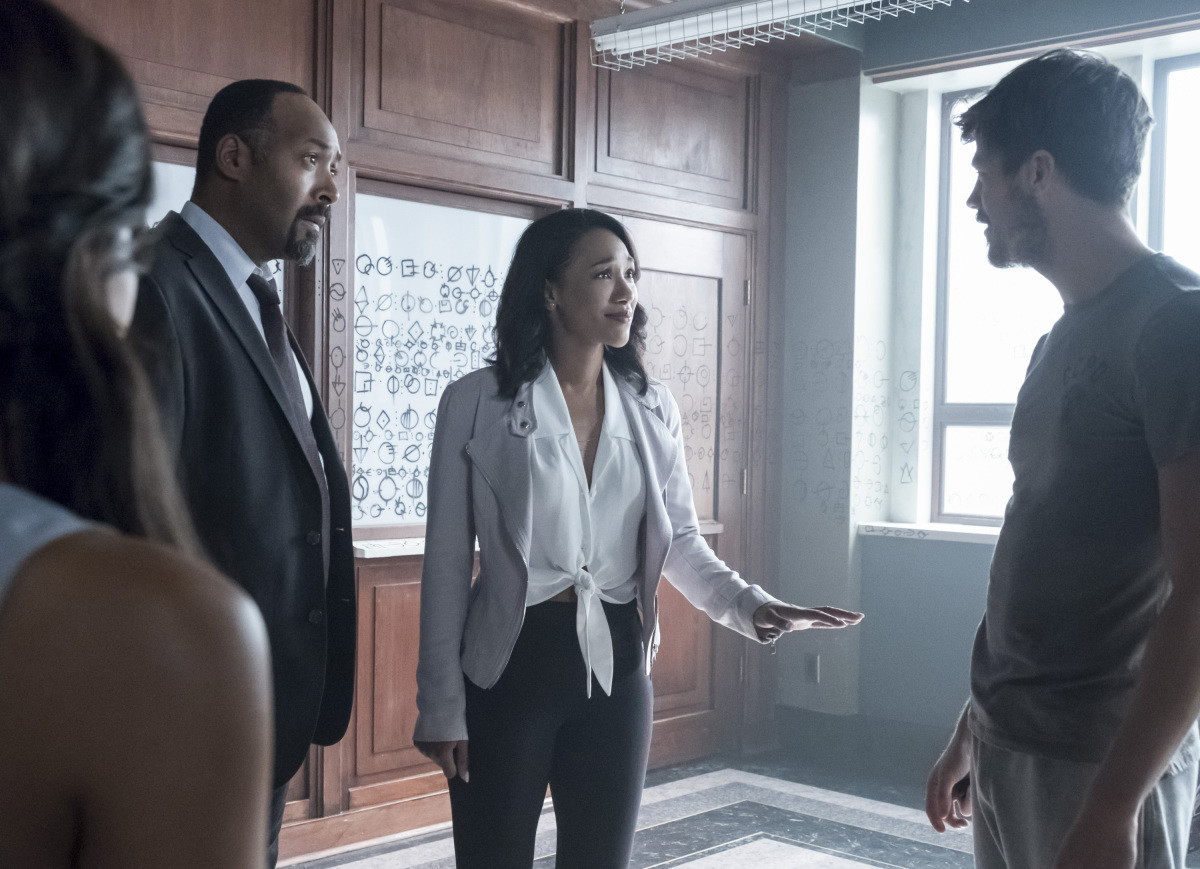 The Flash Season 4 Episode one is titled “Flash Reborn.”  We always knew Barry would come back. It was a matter of how he returns and what state his mind will be in.  In the latest trailer for the season premiere, Iris is trying her best to move forward without Barry. She obviously misses him, but keeps her promise, despite pressure from Cisco (Carlos Valdes) to get Barry back.  The villains become too much for Kid Flash and Vibe to handle. They need The Flash.

Cisco creates a device to help get Barry out of the speed force.  He comes back, but he’s not the same Barry Allen from before.

Watch the extended trailer for CW’s The Flash!

The Flash returns to the CW on Tuesday October 10! Stick with Geek Girl Authority for the latest news and recaps of season four!