Here Are 7 Key Moments from the New JUSTICE LEAGUE Trailer

We have a new trailer for Justice League! Finally. While there was a lot of the same scenes or at least different bits of the same scene strewn throughout, we did get some new footage. Not to mention our first appearance of Superman! Let’s get into 7 key moments of the trailer.

1 – Lois Is Failing to Cope with the Loss of Superman

While from a voice-over we know that the world has turned back into chaos with the loss of Superman, one is feeling it more than others. The opening of the trailer shows Lois seemingly having a dream or illusion about Clark. He’s in the fields by his childhood home and notes that she must’ve said yes because of her wearing the engagement ring. But the edit shows her in bed, stroking a pillow that would be his. Clearly shaken and distraught, she sits up in bed.

She’s been in both trailers so we know she’ll have a larger role in the film. Our guess? She’s going to continue to help bring Superman back to humanity. But before he returns, she’s feeling the loss deeply. One of the great things about this scene is the music from Man of Steel playing as Clark is standing there. It also harkens back to Clark’s dreams/illusions so it feels so right.

2 – The Amazonians Fought With the World of Men

In Wonder Woman we learned that the Amazonians were secluded away on Themyscira. It was implied that they haven’t been to the world of men after ancient betrayals. Well, we can see in the trailer that they actually tried to help mankind back in the 1000s. Seemingly, they are helping Nordic or European men fight off the Parademon invasion. I’m massively looking forward to more Amazonian butt kicking. But besides that, it’s really interesting to see them working with men to fight off the intergalactic threat of Steppenwolf and his forces. They must’ve been successful due to the fact that they have not been on Earth. And side note, I’m putting my money down that the Amazonian warrior standing on the horses back is Antiope.

Wonder Woman says this to who we assume is Batman. And I’d like to argue that they don’t really know each other very well either, but I digress. This shows us that the team of perfect strangers will be coming together to do the right thing. Because they have super-human abilities, they can help stop the incoming threat. But just because they’re super-human, doesn’t make them invincible. It’s nice to be reminded that our superheroes are not completely indestructible.

4 – Aquaman is the Hardest to Be Convinced Plus Poetry

While we pretty much knew this from the first trailer, Aquaman is the toughest nut to crack. While he’s not throwing Bruce Wayne against walls like the first trailer, he’s still not convinced in this trailer. We can see Aquaman in the water, telling Bruce Wayne that the strong man is the strongest alone. While Bruce Wayne tells him that’s not a saying, it’s the opposite of the saying, it’s just not true. The saying comes from Friedrich Schiller’s Wilhem Tell. And I hope to goodness they did not make Batman stupid for thinking that was not an actual quote. 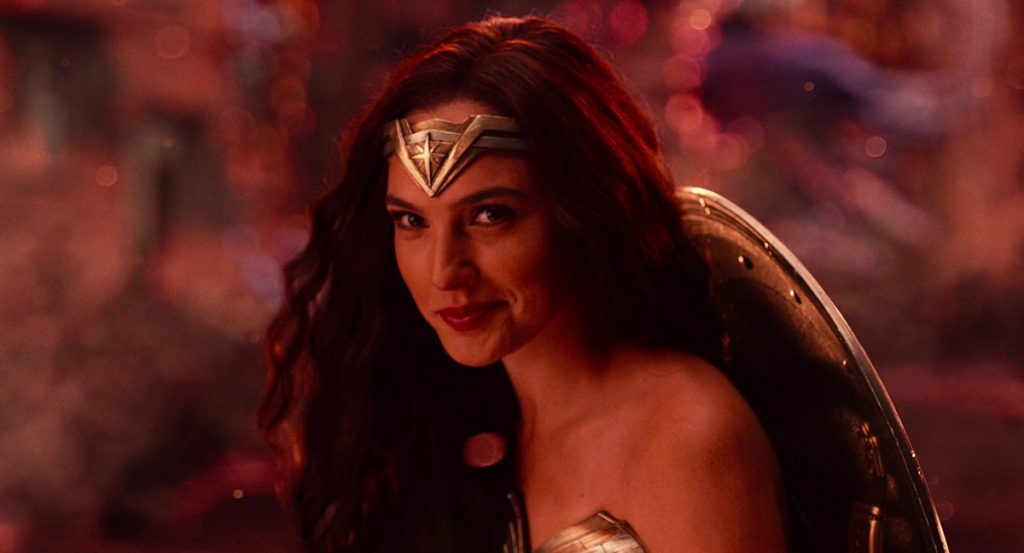 5 – The Heroes Fail When Alone

We got a glimpse of the heroes failing against Steppenwolf in their own ways. Aquaman gets hurled into a pillar before being smashed into by Darkseid’s right hand man. Cyborg battles a motherbox and screams in agony. Wonder Woman falls against his powerful blows. The Flash…trips? That’s fairly amusing to think about but it’s true, they are not powerful enough on their own to defeat Steppenwolf. It will take the 5 of them (soon to be 6, possibly 7) to bring this threat down.

6 – Superman is the Reason for the Justice League?

In a voice over we hear Batman say that the world needs Superman and that he made him a promise. “This is why I brought you together”. Now! This is clearly edited together but it’s interesting that the marketing team continually tries to point at Superman being the allmighty glue of the Justice League. What was the promise Batman made? The only one I know about is the promise to save Clark’s mother, Martha. But, whatever the case, his passing inspired Batman to bring the metahumans together.

The fun part of the trailer (besides The Flash being naively adorable) was watching the group work as a team. Fighting in the apocalyptic cityscape, each of them helps one another in fighting the parademons. Cyborg catches and throws Aquaman. Wonder Woman saves Batman from parademons ripping his Batmobile apart while Flash is incoming. Aquaman lands on Batman’s car. It’s just a lot of fun to see them together. Why yes, it’s a little reminiscent of Avengers, but you want to see your team of superheroes work together. We got a small taste in Batman v Superman and we’re bound to get even more in this film.

What did you think of the trailer? What moment stood out to you? Let us know and be sure to come back to Geek Girl Authority for more Justice League news!

Fueled by his restored faith in humanity and inspired by Superman’s selfless act, Bruce Wayne enlists newfound ally Diana Prince to face an even greater threat. Together, Batman and Wonder Woman work quickly to recruit a team to stand against this newly awakened enemy. Despite the formation of an unprecedented league of heroes — Batman, Wonder Woman, Aquaman, Cyborg and the Flash — it may be too late to save the planet from an assault of catastrophic proportions.