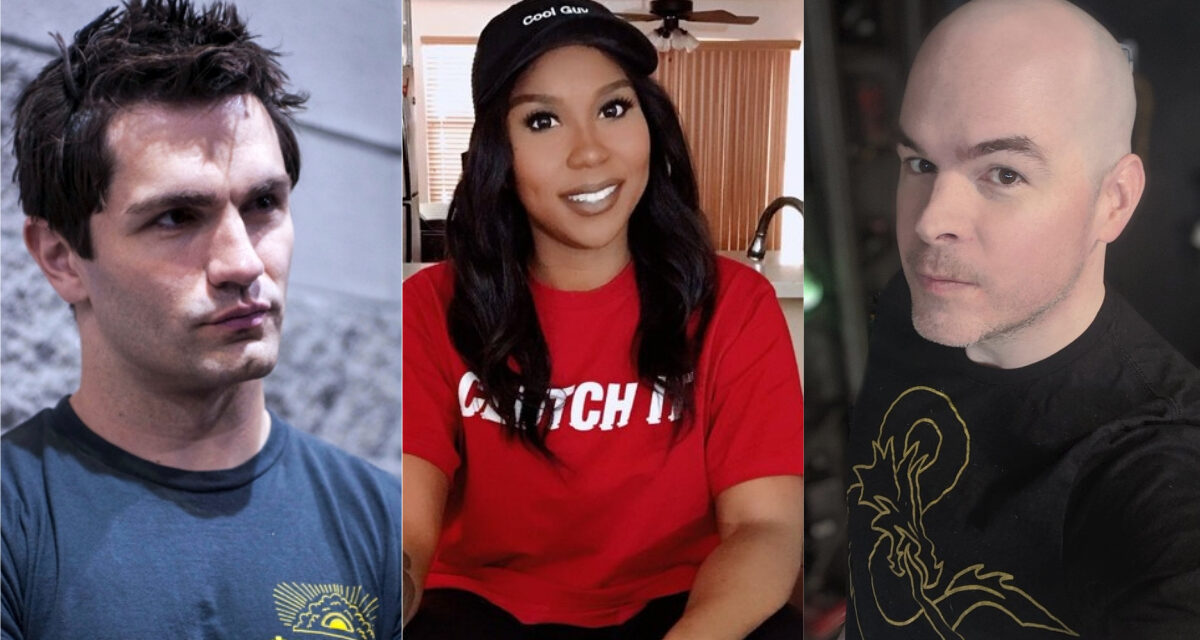 Being almost a month into social distancing, people are looking for anything to help pass the time while staying home. The video game team at GGA has put together a list of our favorite Twitch streamers for you to check out while working from home or just relaxing. These streams are also a great place to stay social by chatting with other members of the community. So get ready to dive into six of our favorite Twitch streamers!

Scary games just aren’t my favorite genre to play, they are one of my favorite genres to watch others play. Which is why I feel right at home in CupAhNoodle’s twitch stream. She recently started playing through the Silent Hill franchise before switching things up to Resident Evil 2 Remake in preparation for Resident Evil 3 Remake’s release. These major horror titles aren’t only her jam, CupAhNoodle has dived into multiple indie horror games that led me to check them out myself and really enjoy them.

Horror isn’t the only genre CupAhNoodle plays on her streams. She has played through the Saints Row franchise as well as plenty of hours of Grand Theft Auto. These are just the tip of the iceberg for her. But the gameplay isn’t the only reason to check out the stream, CupAhNoodle is a great streamer to just chat with. She spends a lot of time interacting with her community and bringing everyone together. Her love for everyone and the games she plays are what make tuning in such a joy every time.

CupAhNoodle streams here Monday through Friday from 12 pm pst to 6 pm pst and VODs are available to watch in her off time. If you love her content and need more, she also has a YouTube channel where she does play through of more games for you to enjoy.


We have already mentioned Dechart Games before at Geek Girl Authority, but Bryan Dechart and Amelia Rose Blaire are both really that great. Originally streaming Detroit: Become Human (the 2018 video game both actors star in) as a behind-the-scenes look, the Decharts expanded their content into video games recommended by their community (the “ConnorArmy”, named for Bryan’s Detroit character). Being working actors and Twitch personalities goes hand-in-hand, but what really promotes DechartGames is the positivity of their hosts and the positivity of the ConnorArmy. Oftentimes, viewers will simply tune in to say hello and interact with the other viewers in chat. Chat is almost always kind and supportive, and it’s a genuinely lovely experience.

VODs are posted to their YouTube channel. If you’re looking for a place to go back and start watching their old content, you can always go back to the very beginning and watch the very first Detroit playthrough. Otherwise, we would recommend starting with either Bryan’s playthrough of The Last Of Us or Amelia’s playthrough of Life Is Strange. Whenever you have the time, catch a livestream and experience the passion and energy of DechartGames for yourself!


If you are a fan of variety, Darth Maul, and rock music, then Sam Witwer’s Twitch channel is the place to be. If you feel like you are not familiar with his work, chances are you probably are. This prolific actor has been on a number of shows such as Battlestar Galactica, Supergirl, The Flash, and Riverdale. He is also the front-man for the alternative rock band The Crashtones. But to the fans of Star Wars, he will always be the voice of Darth Maul, in Star Wars Rebels, Star Wars: The Clone Wars, and Solo: A Star Wars Story. He has also voiced characters in Star Wars: The Force Unleashed, Star Wars Battlefront II, and Star Wars Jedi: Fallen Order.

He streams weekly, and he focuses on a variety of games from Doom Eternal to Thief – The Dark Project. He’s also dabbled in Elder Scrolls, Hitman 2, and Temple of Elemental Evil. What I appreciate about his streams is just how chill he is, how responsive he is to chat, and how he does his best to remember important information about his viewers. He blends humor with a ton of geek knowledge and a whole lot of voice acting (mainly Arnold Schwarzenegger), and it’s an absolute treat. It’s especially pleasant when Leonard and Buster (his dogs) are around.

Many tabletop RPG streams and shows, such as Critical Role, have gone into unexpected hiatus due to COVID-19. Thus, it falls to those RPG groups that play remotely through services such as Roll20 to fill the void. A great example is D&D Beyond: the official Dungeons & Dragons, 5th edition digital toolset, created in partnership between Wizards of the Coast and Curse.  In addition to providing the valuable service of making D&D materials available to all of us self-isolating and quarantining at home, D&D Beyond also has a Twitch channel that they broadcast to weekly.

Tuesdays at 2:00 pm pst is Todd Talks, hosted by Todd Kenreck. Todd and a guest discuss a variety of D&D topics ranging from new D&D books to Unearthed Arcana (experimental playtesting) content. Wednesdays at 2:00 pm pst is Beyond Heroes. Originally set in the mist-shrouded Vale, Todd Kenreck serves as the Dungeon Master and throws the party into a new setting every nine episodes or so. The first setting change was to Waterdeep in the Forgotten Realms of Faerûn, and the campaign is currently exploring the continent of Wildemount from Critical Role’s Exandria setting (as seen in the brand-new Explorer’s Guide to Wildemount campaign book).

On Thursdays at 9:00 am Pacific, viewers can chat with Adam Bradford (D&D Beyond’s President/Product Director and Fandom’s Vice President of Tabletop Gaming) for the weekly Dev Update. Dev Update usually involves some news and announcements about changes to the D&D Beyond site, some grab-bag topic discussion called “Pop Talk” (with topics ranging from Alabama sweet tea to the best adventuring parties in cartoons), and finally a Q&A with Adam answering questions from the chat. So if you’re curious to see what playing D&D online can be like, check out D&D Beyond for yourself! 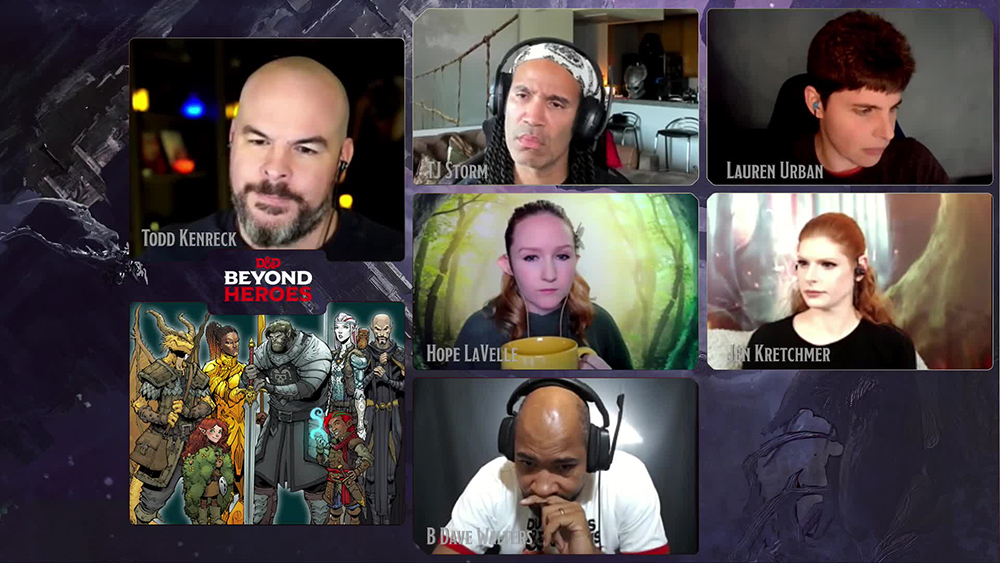 D&D Beyond Twitch live stream of Beyond Heroes.

If mustaches, an alluring British accent, and a grown man going “tee hee hee” is something you might even remotely be interested in, go check out Morf_UK. He is hilarious to watch interact with the community as he plays Dead By Daylight day after day. The real draw to Morf_Uk is his skill to simultaneously hold a conversation with chat while continuing to loop killers and fix generators over and over. His entertainment never ends. Not to mention the hilarious way he narrates what is happening in-game will keep you laughing the entire time.

Morf_UK isn’t only skilled at Dead By Daylight but shares his knowledge of the game as he plays. He is always open to sharing ideas with people willing to have a civil discussion without making the entire stream one long gaming lesson. While I do enjoy his typical Dead By Daylight gameplay, it is nice when he is able to break away for a day or so to check out other games. He recently tested out the upcoming Predator: Hunting Grounds beta when it was open and helped give insight into the game.

You can catch Morf_Uk live 7 days a week on his Twitch channel unless he decides to take a day off. Due to time change, he goes live Monday through Friday between 4 am pst and 5 am pst. He goes live later on Saturday and Sunday between 7am pst and 8 am pst. His VODs are always available for those who miss his streams. 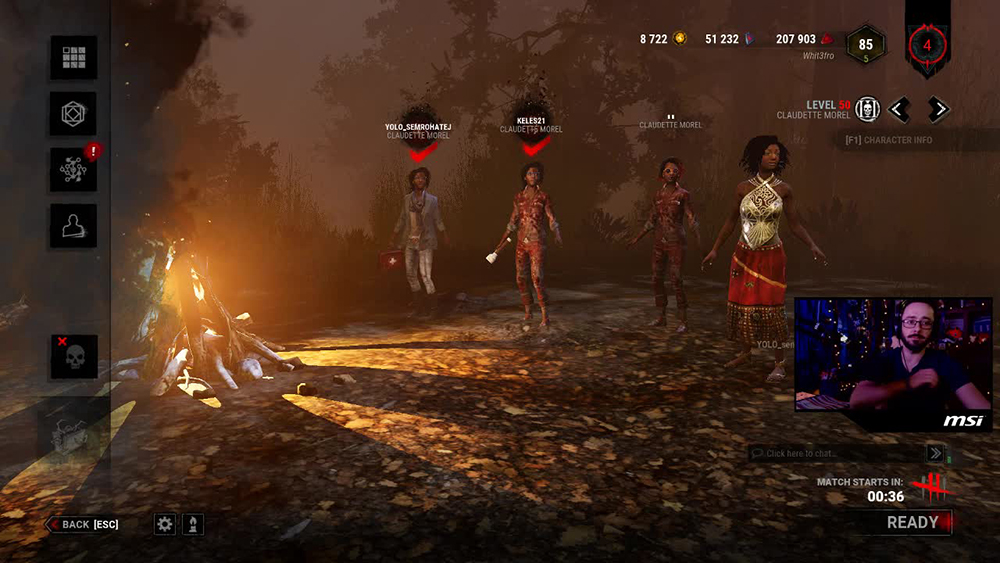 Lovingly dubbed “The NPR of Tabletop Gaming”, Saving Throw Show was co-founded by Dom Zook, Tyler Rhoades, and Ben Dunn. Saving Throw is a Twitch and YouTube channel with ongoing campaigns using multiple tabletop role-playing game (RPG) systems. Some notable examples include “Pirates of Salt Bay”, a Dungeons & Dragons, 5th edition campaign using the Ghosts of Saltmarsh setting, and “New Pantheon”, which used the 2nd edition of the Scion RPG for its first season and used the Demigods RPG for its second season.

Saving Throw’s current streaming schedule is “Wildcards” on Fridays at 8:00 pm Pacific. Wildcards use the Savage Worlds RPG system from Pinnacle Entertainment Group, and its current second campaign uses the “East Texas University” setting. Now entering its fourth season, “Wildcards – ETU” has our group of college seniors trying to survive exams, annoying roommates, killer professors, and other things that go bump in the night in the fictional Southern college town of Pinebox, Texas. Every other Wednesday at 8:00 pm Pacific, Saving Throw does “RPG Exploration Society”: a show where a rotating cast plays a one-shot and tries out different RPGs and RPG systems.

The next episode of “RPGES” is Wednesday, April 8th, where Dom and the rest of the cast will play a to-be-revealed spy RPG. Saving Throw is entirely funded through live donations (from viewers like you…thank you!), which often contribute to unlockable reward tiers (ranging from “good” rewards like additional healing buffs to “bad” rewards like a stampede of invincible monsters). Whether it’s to learn about a new pen-and-paper RPG system or to support some of your favorite improvisers and actors, Saving Throw Show is one “Twitcher” that you won’t regret tossing a coin to!

Who are your favorite Twitch streamers to watch? Let us know in the comments below and on social media!

This article was originally published 4/2/20 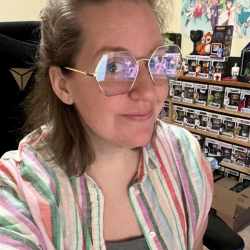