Home » Movies » 5 Things We Want to See in STAR WARS: THE LAST JEDI

5 Things We Want to See in STAR WARS: THE LAST JEDI

Star Wars The Last Jedi is terribly exciting. Why, you ask? Because this is the first Lucas-less film that can really dig deep into the lore of the galaxy far, far away. While The Force Awakens was great, it had too much riding on its shoulders to not indulge in nostalgia. With this film, we can explore with the characters and get a better state of the galaxy. With so much potential, what can end up happening? Here are 5 things we’d like to see in The Last Jedi.

Finn to Have His Own Hero’s Journey 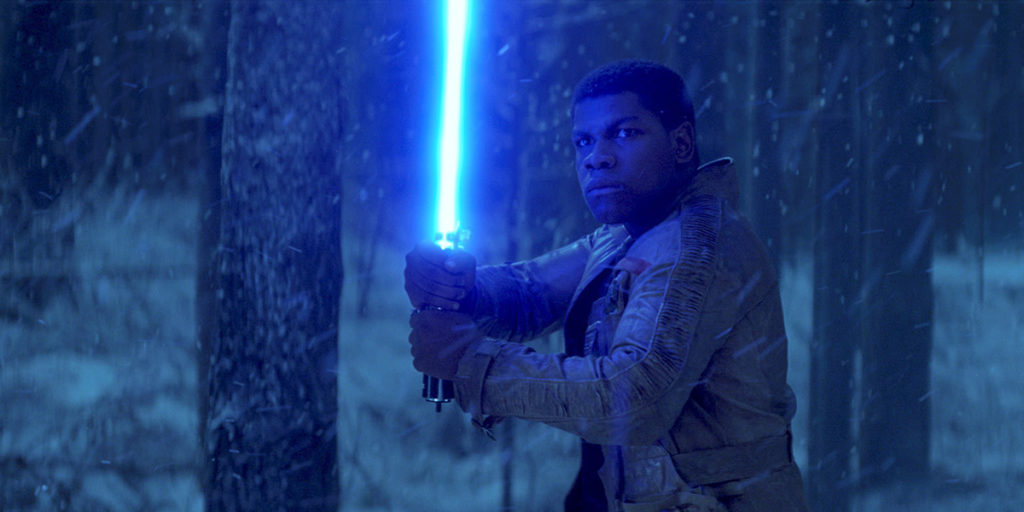 I want to start this point off first by saying I think Finn is one of the bravest characters in all of Star Wars. He went back to the base he most feared with no idea how to rescue his friend but knew he needed to do it. He went against a powerful Force user to save his friend, even though there was no way he’d win. Needless to say, I admire and love Finn. But! I feel like he needs his arc to focus on himself. As much as I love his dedication to Rey, I would like to see Finn come more into his own and have his own journey. We know he’s separated from Rey so we have full potential for him to continue his hero’s journey. If not – I will be sad. But chances are high that it will be included in the movie.

While this seems like a silly point, I’d like to explain myself. In The Force Awakens we only really got to see Jakku and its culture. The other planets introduced – Takodana, Hosnian Prime, D’Qar, Ahch-To, and Starkiller Base really didn’t show us much of the planet, only a very small portion. We also didn’t get to see any of the culture or life around the planets. This is all okay, of course, because we were driven by the narrative. However, it’s fun to learn a bit more about the planets and the beings that inhabit them. We know there’s at least one new planet – the salt covered planet featured in the teaser trailer. But one of the fun things about Star Wars is seeing different life. It’s fun to imagine yourself in the dirty streets on Tatooine, walk in the jungles of Dagobah or fly around in Coruscant. It’s not needed, of course, but something I’d like to see a little more of.

An Explanation as to What Luke Has Been up To

While I have a little knowledge of some of what Luke’s been up to – it should be fully explained in the movies. Extended lore such as the book Bloodline by Claudia Gray makes mention of Luke and Ben Solo’s journey together. However, I feel that we should be able to see what he’s been up to. We know he’s been collecting Jedi artifacts but for what purpose? I feel like to fundamentally understand what drove Luke to Ahch-To and answer the shape he’s in we need to understand what happened. Did Luke and Ben find something that shook their understanding of the Force? Is that what drove them apart and for Ben to turn into Kylo, ending the Force-user school? We know now that they both want the same thing  – for the Jedi to end. But what drove him to that conclusion? We need answers! I’m certain we’ll get them but I would hate for them to be throwaway lines, I’d actually like to see what has been happening.

One thing that has intrigued me more as time has passed is these two characters. Initially, I saw them as protagonist and antagonist. However, with director JJ Abrams commentary we understand there is more to these two, especially together. The Force Awakens showed that Kylo was able to pull thoughts from Rey’s mind but she was able to pull things from his mind as well. What connects them together? There is a canon ability called a “Force-bond” but that’s shared between Master and Padawan, typically. So what is it about these two? Will they be able to pull each other’s thoughts and feelings when they’re millions of miles away? There have been rumors that I won’t divulge into that sees these two together so I’m hoping we get to explore the relationship they share.

The Knights of Ren

Speaking of Kylo, the Knights of Ren are a mysterious bunch we should learn more of. We only saw them in Rey’s Force vision and know that Kylo is the “master” of them, per a line by Snoke. But we know next to nothing about them. Are they Force-users like Kylo? Are they just a group of assassins that work for Supreme Leader Snoke? What exactly is their purpose in the universe?  Seeing as they were mentioned and shown, it’s worth diving into their history. With all their different weapons, it would be great to see their fighting style as well, to see if they fight together in formation or spread out with no organization. There’s so many possibilities with them that it’s hard to see them not being included. It’d be a shame if they weren’t though.