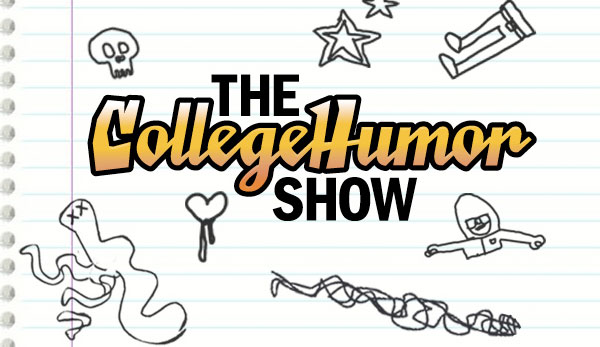 I’ve written before that College Humor is a channel that doesn’t get the love it deserves. Whether you’re in college, have graduated college, or skipped college to go do something financially productive, if you’re under the age of fifty, you’ll get a laugh from the majority of their content. Most of their videos exist on a spectrum between “chuckle internally because it’s true” and “audibly crack up, scare your cats, and share this video on Facebook because IT’S SO TRUE!!!” Occasionally, however, College Humor will put out a video that’s just a bit too close to home, ignoring the “humor” part of “College Humor” as casually as Pixar took a bright and colorful series about children’s toys and gave us the last third of Toy Story 3.

Like with Toy Story 3, however, a few cathartic tears are soothing even when you’re looking for a medium to loud giggle, so if you want a humor channel to make you cry, here are the five saddest College Humor videos.

The current core cast of College Humor consists of six actor/writers named Katie, Siobhan, Cynthia, Trapp, Zac, and Grant. Most of the videos starring this team are hilarious, veering from semi-realistic satire to completely surreal, but occasionally, they peek at the darker side of the human mind and produce something that’s less exaggerated reality and more the contents of a neurotic’s therapy file. The majority of these sad videos star Katie Marovitch, whose alter ego is pitiable enough to get her own Facebook Fan page.

In “What Social Anxiety Feels Like,” Katie plays both herself and her internal critic, the latter acting like a stage mom or abusive friend, refusing to let Katie eat or talk to anyone at a party. It’s a scenario that anyone with social anxiety will understand, and if that’s you, you’ll leave with either more confidence from seeing an outside perspective or a crushing recognition that will keep you from ever leaving the house again. No worries if that’s you, though—you can spend the rest of your life watching College Humor videos! If you avoid their live action films, surely you’ll be safe with their cartoons about your favorite children’s books.

Did you really think your childhood was safe from College Humor’s cynical manipulation of your tearducts? Well, sucks to be you, because now you get to deconstruct Shel Silverstein’s beloved classic, The Giving Tree. Your parents may have read this book to you as a kid, tucking you in and hoping that you’d recognize them as the book’s anthropomorphic title character, giving you everything out of love and expecting nothing in return. Sweet, isn’t it?

Well, not if you’re College Humor! They look less at the poor tree and more at her beloved selfish little boy. He starts off by hitting the tree’s trunk while whining impatiently to get more apples and, after going through an increasingly selfish teenage and adult life, ends with forcing the Giving Tree to take the fall for a murder charge and lend him $50 that he refuses to take back. The poor tree is left to do nothing but laugh uncomfortably and pine for the boy’s affection like the father in the second half of “Cat’s in the Cradle,” minus the early childhood abandonment.

Now, you may think that this deconstruction of The Giving Tree ruined your childhood, but College Humor has an answer to that, too!

3. Stop Saying “It Ruined My Childhood”

Clickbait sites and comment sections tend to complain about changes being made to their nostalgic media. Whether this means J.K. Rowling retroactively giving Voldemort and Bellatrix Lestrange a lovechild, George Lucas believing Jar Jar Binks was a good idea, or insisting on gritty, live-action reboots of every single Disney princess movie, the internet always bemoans, “Why does Hollywood keep [beep]ing with the stuff I loved as a kid?”

This is the question a twenty-something year old man asks in College Humor’s “Stop Saying ‘It Ruined My Childhood,’” as he’s surrounded by his Millennial buddies complaining about the Ghostbusters reboot having none of the original cast members. As one of the other girls complains with a smirk that this reboot “Ruins. [Her] childhood,” the camera cuts to an older man who proclaims that he “was nine years old when the polio outbreak took away [his] dreams of being a ballplayer.” It only goes downhill from there as the kids’ complaints about Michael Bay’s Ninja Turtles adaptation and the Robocop remake are interspersed with an elderly black woman who couldn’t attend school with white kids, a bearded Vietnam vet who can’t stop shaking, and a Holocaust survivor who can’t finish her sentence without bursting into tears. Feeling shallow yet, kids?

Well, if watching this video kills your desire for self-reflection, why not venture into someone else’s insecurities instead?

2. These Sketch Pitches Are Too Personal

Sad Katie’s back! Three entries ago, she took us into the mind of a girl with social anxiety at a party. You could argue that Katie’s abusive inner critic in “What Social Anxiety Feels Like” is mostly an annoyance and a hindrance, but “These Sketch Pitches Are Too Personal” takes her everyday insecurities and turns them into something bordering on the edge of a mental health crisis.

Due to a combination of lingering societal stigma and an internal fear of being judged, many people struggling with mental health issues have trouble asking for help until they’re on the verge of a complete physical and emotional collapse. Katie’s character can’t comfortably admit she needs a break from a basketball game even when she’s literally vomiting on the court, so it’s not surprising that instead of directly asking for help for depression and self-loathing, she chooses instead to pitch sketches like “Am I depressed, or do I just hate my boyfriend?” “A girl crying alone in a Starbucks around the corner from my house” and the half formed, “A girl named Katie who is terrible.”

Her coworkers immediately pick up on her subtle pleas for help even as she unconvincingly exclaims that she’s fine and that these are just pitches, and when Katie pitches her last video, “You know how you reach out to people for help, but they don’t notice,” Zac quietly interjects, “We’re noticing right now.”  Most jarring, however, is the ending, where we finally see talking to pictures of her coworkers rather than their actual selves, leaving us to wonder whether she imagined the entire conversation, is ignoring them to the point where she no longer sees them as human, or if all of them just got fed up and left her alone.

And speaking of being left alone, our number one saddest College Humor video is…

This ancient College Humor video came out a little over seven years ago, back when the “college” part of “College Humor” wasn’t less relevant than the “apple” part of “Apple Jacks.” Their videos back then were specifically targeted at college or near college age Millennials, so when this video came out, somewhere between 30 and 100% of the target audience ugly cried their way through this three and a quarter minute long parody of Vitamin C’s “Graduation.”

There’s no sentimentality in this video, no fond memories of prom or gym class or crying on your friend’s shoulder on the bus ride home. Instead, we’re reminded of how we ditched or were ditched by the friends we loved more than our own families in favor of guitar playing freshman roommates and postponing planned visits because they were inconvenient.  The protagonist tells his former BFF, “I’ll still write happy B-day on your wall/And be nice to your mom when I see her at the mall/But please don’t ever call,” and suddenly those Facebook birthday posts you got last year seem even more hollow. Even the protagonist getting hit by recession karma when his former friend refuses to give him a job a few years later provides little satisfaction, and all we viewers can do is awkwardly attend our high school reunions and try to convince ourselves that the “good old days” weren’t so good after all. Happy Holidays, everyone!