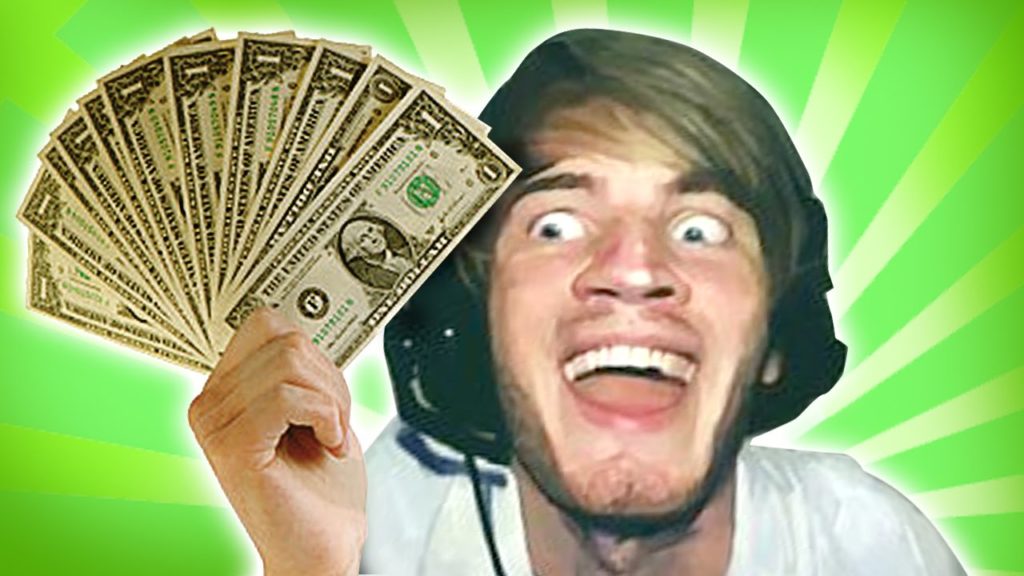 On December 2, YouTube gamer PewDiePie posted a video telling the world that he intended to delete his channel once he reached 50 million subscribers.

With the fourth most subscribed channel and number one most subscribed individual channel (the ones before him are all site-controlled trends, #Gaming, #Music, and #Sports), it was no surprise that PewDiePie, real name Felix Arvid Ulf Kjellberg (say that ten times fast, Americans) would be the first individual YouTuber to reach 50 Million subscribers. Gaining roughly 30,000 subscribers a day and holding a view count of 13.97 billion as of the writing of this article, PewDiePie has held the title of “most subscribed YouTuber” since August of 2013. It’s hard to believe that one man known for yelling at video games on camera could reach that level of fame, but somehow, PewDiePie’s done it, accumulating  a net worth of $18 million as of May of this year and helping to launch the careers of other successful gamers like JackSepticEye.

So naturally, it was a shock to everyone that PewDiePie would delete his channel at the age of 27 and the peak of his career. As his 50 million subscriber milestone grew closer, he became a top trending topic on Twitter and Facebook, rare if not unheard of for internet celebrities, and the world watched as he deleted his channel.

That is, his secondary, rarely used channel, JackSepticEye2.

PewDiePie is best described as the Taylor Swift of YouTube (especially since the real Taylor Swift’s VEVO channel has roughly 30 million fewer views than his). Neither is a stranger to controversy, and love them or hate them, you can’t deny their success or influence over their industries. So why would the single most successful and influential YouTuber decide to troll his audience with this stunt? Well, here are my top 5 reasons why PewDiePie pretended to delete his main channel.

5: To get more people into JackSepticEye

This is unlikely, but since he deleted his joke account with fellow gamer JackSepticEye’s name, it would be a sweet and efficient gesture if he wanted to quietly get people to watch Sean William McLoughlin’s channel. After all, PewDiePie’s given Jack/Sean shout outs before.

With the #38 most subscribed channel, JackSepticEye isn’t exactly suffering, at least no more than most other YouTubers’ (see #3 on this list), but compared to PewDiePie’s 50 million subscribers, Jack/Sean’s 13.5 million subscribers is a relatively low number. Even this small mention could boost JackSepticEye’s channel significantly. And speaking of publicity…

4: To get more views

This one’s kind of a no brainer. One point that PewDiePie made in his “deleting my channel” video was that his recent videos only get a couple million views on average. This doesn’t sound like a big deal (“only” a couple million when the vast majority of YouTube videos struggle to break 10,000, if that) until you consider that with a subscriber base of 50 million, at best 4% of his subscribers are actually watching his videos.

If getting more views was his goal, he’s definitely accomplished that much. His “deleting my channel” video has 21.2 million views to date. Of course, now that he’s used his false alarm, we’ll see how much publicity the YouTuber who cried channel deletion gets with his next stunt.

That said, it may have been worth it if his goal was…

3: To draw attention to the new YouTube algorithm crisis

Recently, more than a few YouTubers have been calling the site out on how they’ve changed their algorithm in ways that hurt a lot of channels.

The main issues seem to be that YouTube has made it harder for viewers to find their list of subscriptions, that the “recommended videos” tend to include fewer actually related videos (especially videos by the same artist) and more videos only slightly related to the viewer’s previous searches, and most troubling, that viewers are getting randomly unsubscribed from channels without their consent. The random unsubscribing apparently has no relation to how often viewers actually watch their subscribed channels, since many affected viewers have been unsubscribed both to channels they regularly view and channels they’ve only watched once. The new algorithm also puts a higher priority on trending videos, a factor determined frequently by number of likes and comments. This has some of the top YouTubers worried that the new formula will encourage clickbait and cheap tactics to get more comments (“Comment with the word ‘bread’ so I know that you watched this all the way through”).

PewDiePie specifically called out these issues in his “deleting my channel” video, claiming they were the reason he was fed up with YouTube. While PewDiePie could probably afford to be set back by these algorithm changes, they could significantly hurt smaller YouTubers, and it’s possible that he threatened to delete his own, extremely lucrative channel to catch the YouTube technical and management team’s attentions, thus helping his friends’ channels to continue to grow. And speaking of his friends…

2: To draw attention to his “Cringemas” charity live stream

Within a day of deleting his JackSepticEye2 channel, PewDiePie teamed up with Markiplier, JackSepticEye, KickThePJ, and Emmablackery for two four-hour long live streams to raise money for (RED), an AIDS-fighting charity. Together, PewDiePie’s network of YouTube gamers called Revelmode spent eight hours making fun of each other, playing various party games, and periodically exchanged cringe-worthy gifts when they reached donation benchmarks. The team aimed to raise $100K for (RED), but in the end, they managed to raise $1.3 million. The Revelmode teammates bring fairly large audiences on their own, but it’s possible that even together, they wouldn’t have raised this much money if PewDiePie hadn’t drummed up so much controversy earlier in the week.

While the full live stream isn’t yet available on any of the participants’ channels, you can still catch a record of it below. While you can no longer donate to this particular live stream, (RED) is always accepting donations, and it’s always worth watching YouTubers have fun with each other.

And speaking of having fun…

1: To mess with everyone

While PewDiePie may have threatened to delete his channel for any of the above reasons, it’s very likely that he did it for no other reason than to mess with his viewers. Getting to pull pranks is always amusing; why should the #1 most subscribed YouTuber be above such humor? Massive gains to his channel, friends’ channels, or charities aside, at least PewDiePie got to have fun screwing with our heads.