5 Heroines We Want to See in the DCEU

How many females are here? / Image via DC Entertainment

With the upcoming Wonder Woman film and Supergirl on the small screens, we’re still lacking in the female heroine department. While the TV department as been featuring many heroines, the film universe is extremely lacking. As much as we want to see them in a starring role in their own film, it’s likely not to happen any time soon. However, at least a large feature could work because we need these heroines on the big screen! Here are 5 we want to see be featured and hopefully get their own film! 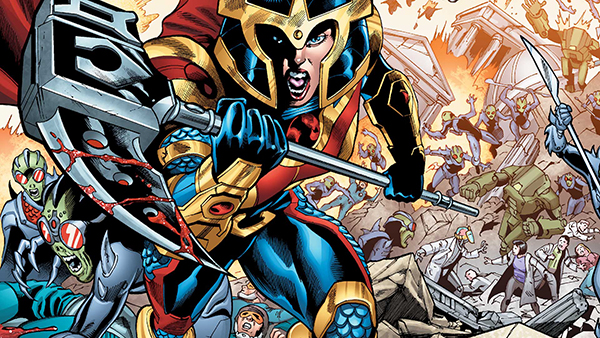 This woman kicks ass. She hails from the planet Apokolips, raised to serve the monstrous Darkseid. She was the leader of the Female Furies, an elite team of female warriors who served Darkseid though they answered directly to the evil Granny Goodness. Barda met Mister Miracle who helped inspire in her a chance to create her own destiny. She escaped Apokolips, battling her way through them and defeating them all. She escaped to Earth and has lived the way she wants to. She’s a rocking 7 feet tall and said to be the most fearful warrior on Apokolips. No small feat as the planet is home to many New Gods.

Why do we want to see her? Besides being an formidable warrior, her story is that of rising against her oppressor. And with Darkseid coming, she can definitely fit into the DCEU.

This mistress of magic used to be a stage performer just like her father. She’s dazzled audiences with her illusions countless times but what they don’t know – the magic is real. Zatanna has been a member of Justice League Dark, the heroes that deal with the paranormal and magical. She’s a very powerful force, able to wipe away memories – which has caused her to fall out of trust with her friend/lover Batman. Name almost anything magic and she can do it!

Why do we want to see her? Magic is now apart of the DCEU thanks to Suicide Squad. She would be able to cross over easily between the films – a friend of Batman, an enemy of the Gotham City Sirens, whoever! She’s a fun character who deserves more limelight.

As a member of the Teen Titans, she has her fair share of demons. (Yes, I’ll see my way out for that pun). Daughter of the powerful demon Trigon, she’s a tele-empathic. What does that mean? She’s able to absorb the feelings of others. She’s also a telekentic, can manifest her soul through astral projection and many other abilities. She constantly battles controlling her own emotions, having to suppress her demonic powers. Despite all that, she’ll do anything to save her friends, even if she has to give up her freedom and life.

Why do we want to see her? Her fellow Titan, Cyborg, is being featured in Justice League as a founding member. With Raven’s incredibly powerful abilities and layered background, she’d give much more depth to the DCEU. As she was also featured in the Injustice game, we know she can play with the big boys.

Barbara Gordon is an extremely intelligent woman. Daughter of Gotham City Police Commissioner Gordon, she had partnered up with Batman as Batgirl without her father’s knowledge. With the out-of-canon story The Killing Joke, we saw her shot in the spine and end up wheelchair bound. DC made that canon and she took on the persona Oracle, Batman’s central intelligence. Not only a Batman ally but she was also a member of the Birds of Prey, a group of female heroines. Barbara is especially gifted on computers, helping heroes throughout the DC Universe with her skills. Her most prominent love as been with other Bat family member, Dick Greyson.

Why do we want to see her? Not only is Oracle a great character, she’d help with representation for people with physical disabilities. We tend to see superheroes as gods among us but Barbara proves that anyone can be a superhero, disability of no. As in the Arkham games, she could also help tie Batman back to reality and not go batshit crazy like he did in Batman v Superman. Again, I will see myself out for that pun. 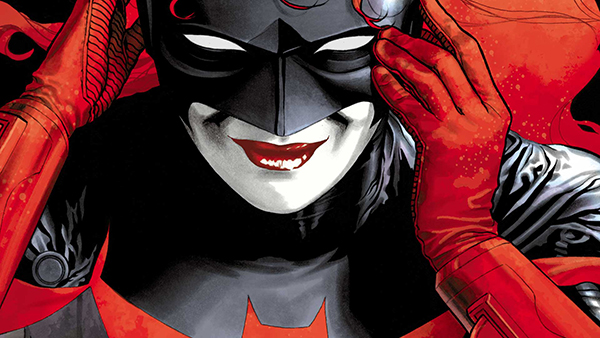 Kate Kane first debuted in 1956 in Detective Comics #233, and at the time she was under the name Kathy Kane. In modern times she’s had the name Kate Kane. Both incarnations are Katherine Kane and are wealthy heiresses who, inspired by Batman, use their wealth to fight crime. The modern version of Kate Kane however has grown in popularity since the early 2000s. She written as a Jewish lesbian superheroine and has become one of the most high-profile gay superheroes across comics and the most prominent for DC. Her characteristic was changed as DC wanted to diversify their publications. (Keep trying, DC). Batwoman is highly trained in martial arts and high tech-weaponry as Bruce Wayne is. She also runs in the same circles as Bruce Wayne, being a socialite. Currently she’s helping train younger heroes like Red Robin, Spoiler, Orphan and Clayface.

Why do we want to see her? It’s female Batman, of course we want to see her! But she’s better than Batman in that she’s able to having loving relationships and doesn’t push everyone aside all the time. She’s become part of the Bat family and we’d honestly love to see her on the big screen fighting alongside Batman. Fighting on her own would be even better though.

And that’s our list! Do you agree with our choices?  Let us know and be sure to tell us your favorite DC superheroines that you want to see on the big screen.