If you’re an avid lover of action and are looking for an introduction into the fantastical world of Japanese Anime then these five anime are your way in.

Cowboy Bebop is a well-balanced, high density action and light-hearted comedy, a space Western classic and an homage to the smooth and improvised music it is named after. For avid fans of Firefly, Guardians of the Galaxy, or Star Wars, Cowboy Bebop is space adventure like no other. Jazz, space travel, and westerns are not a combo you’d think would work, but this show proves it does.

The storytelling is what really makes this show great. Cowboy Bebop is the story of mellow and carefree Spike Spiegel who is balanced by his boisterous, rational partner Jet Black as the pair travels the galaxy on their ship, the Bebop, while making a living chasing bounties. They are soon thrown off course by the addition of new members that they meet in their travels—Ein, a genetically engineered Welsh Corgi; femme fatale Faye Valentine, an enigmatic trickster with memory loss; and the bizarre computer whiz kid Edward Wong. The crew embarks on thrilling adventures that unravel each member’s dark and mysterious past little by little.

Unlike most, Cowboy Bebop isn’t just one singular plot; there’s no 26-episode arc with a major pay off at the finale. For the most part, each episode is its own open-and-shut storyline driven by incremental character development. Yet there’s a consistent feeling of suspense and mystery surrounding each member of the Bebop crew, and these characters each receive enough of a backstory and conclusion to leave the fans wanting for more.

RELATED: COWBOY BEBOP Is Getting a Live-Action TV Series

Nothing in life is free, any economics professor will tell you that. Perhaps the best illustration of this concept is Fullmetal Alchemist, the story of two brothers, Edward and Alphonse, who dabbled in the ancient art of alchemy in an attempt to resurrect their deceased mother. The experiment didn’t go as planned and it wound up costing Ed an arm and a leg, literally. Alphonse, on the other hand, lost his entire body and became a soul inhabiting a suit of armor. And that’s just the beginning. What follows is a journey across a land full of violence, political intrigue, and powerful magic and science. This is perfect for anyone who loved the epic scope of a show like Avatar: The Last Airbender, but wanted a lot more violence, like personifications of the seven deadly sins.

Though while the original FMA anime is good, those who prefer the story closer to the original manga should check out Fullmetal Alchemist: Brotherhood. 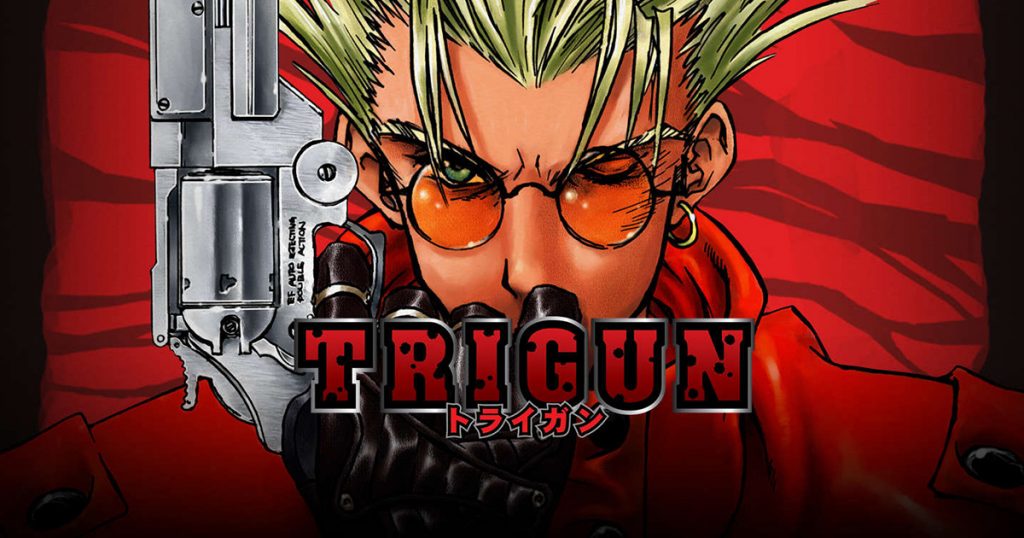 The series takes place on the planet Gunsmoke, a dangerous world full of deadly outlaws, superhuman assassins, and a donut-munching pacifist named Vash the Stampede. Vash the Stampede is the man with a $$60,000,000,000 bounty on his head. The reason: he’s a merciless villain who lays waste to all those that oppose him and flattens entire cities for fun, garnering him the title “The Humanoid Typhoon.” He leaves a trail of death and destruction wherever he goes, and anyone can count themselves dead if they so much as make eye contact—or so the rumors say. In actuality, Vash is a huge softie who claims to have never taken a life and avoids violence at all costs. Accompanied by a pair of overworked insurance agents and a cross-bearing outlaw priest, Vash struggles to uncover the mystery of his past while being hunted by a horde of merciless mercenaries with hilarious names. Vash’s agonizing past will be unraveled and his morality and principles pushed to the breaking point.

RELATED: An Intro to Jojo and Bizarre Adventures in Anime

Goku is a young boy who lives in the woods all alone—that is, until a girl named Bulma runs into him in her search for a set of magical objects called the “Dragon Balls.” Since the artifacts are said to grant one wish to whoever collects all seven, Bulma hopes to gather them and wish for a perfect boyfriend. Goku happens to be in possession of a dragon ball, but unfortunately for Bulma, he refuses to part ways with it, so she makes him a deal: he can tag along on her journey if he lets her borrow the dragon ball’s power. With that, the two set off on the journey of a lifetime.

They don’t go on the journey alone. On the way they meet the old Master Roshi and wannabe disciple Krillin, with whom Goku trains to become a stronger martial artist for the upcoming World Martial Arts Tournament. However, it’s not all fun and games. The ability to make any wish come true is a powerful one and there are others who would do much worse than just wishing for a boyfriend. To stop those who would try to abuse the legendary power, they train to become stronger fighters, using their newfound strength to help the people around them along the way.

Yes, Dragon Ball Z is a very compact storyline, and it’s unique in that it can exist all on its own. Dragon Ball is better, however, because the stakes are smaller in scale yet feel so much bigger. As someone who started by watching Dragon Ball Z and then went back to study Dragon Ball, I can say with confidence that it’s far more exciting to experience Goku and Krillin as sparring equals. See Goku struggle to keep up with Master Roshi (posing as Jackie Chun) at the World Martial Arts Tournament. And watch the team (consisting roughly of Goku, Bulma, Krillin, and Yamcha) explore Earth to take down foes that would seem inconsequential in DBZ. Whether you’re a super fan looking to explore Dragon Ball franchise creator Akira Toriyama‘s universe, or witnessing Goku for the first time, you’ll want to begin your search for the Dragon Balls right here.

Sword of the Stranger 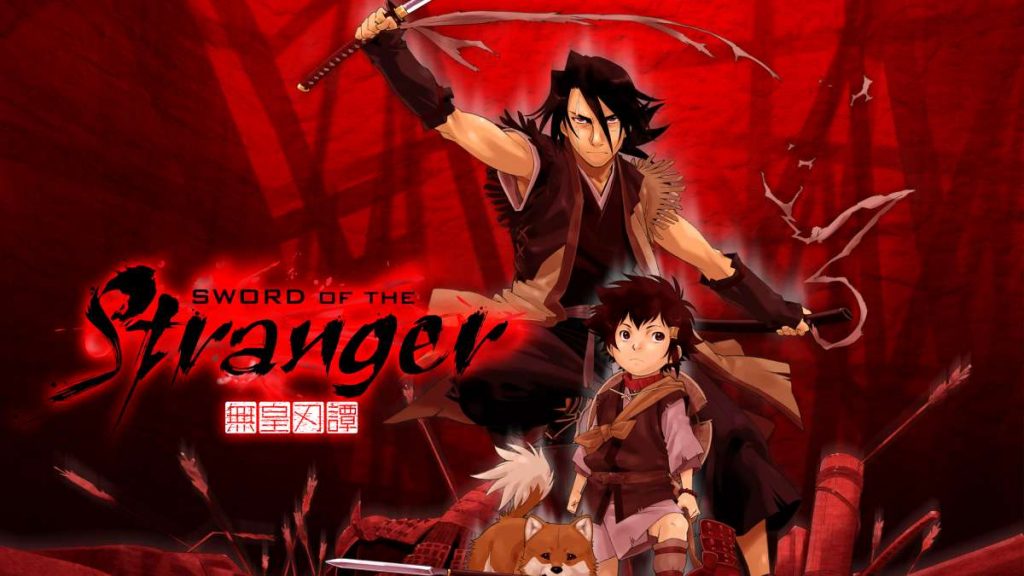 A classic anime action film that seemed to come out of nowhere, Sword of the Stranger has a simple plot but executes its use of action sequences flawlessly. Some of the best action scenes in an anime movie are in this film, as there isn’t anything done editing wise to try and disguise the fighting or make it seem cooler than it already is. The fighting is primarily through swordplay as opposed to other weapons or hand-to-hand. Yet even so, this remains the best anime action film to date, and for a reason. Quite simply, if you’re looking for only a couple of action anime films to watch, Sword of the Stranger should be one of the few.

A young orphan Kotarou and his dog Tobimaru steal from unsuspecting villagers in order to make ends meet. However, Kotarou is forced to remain on the run when he finds himself being hunted down by assassins sent by China’s Ming Dynasty for mysterious reasons not involving his petty crimes.

When Kotarou is attacked and Tobimaru poisoned, the duo run into Nanashi, a ronin who has taken refuge in a small temple. Although the samurai saves the helpless pair from their pursuers, he feels that there is no need to help them further. But when offered a gem in exchange for his services as a bodyguard, he reluctantly accepts Kotarou’s offer of employment but just until Tobimaru is healed and the two reach their destination. As the three set out on a perilous journey, it soon becomes evident that their path is riddled with danger, as the Ming Dynasty has now sent a terrifying swordsman after them to capture Kotarou and fulfill a certain prophecy.

The action genre isn’t for everyone; some people may consider anime action films lowbrow due to not straining yourself to think. But sometimes not every movie you watch has to be thought-provoking or make a comment on society, and there are plenty of anime action films that do this too.

Daniel Kaluuya to Star in Netflix Adaptation of THE UPPER WORLD