3 Tabletop Games that “Grow” on You

Most games take up a limited amount of space. They take up as much space as a board dictates, or you hold cards in your hand and play them in a small area. There’s definitely an appeal to games that don’t need much room to play, but sometimes you want to create something and watch it grow. These are three games that can take up your whole table. Beware: you may have to hold your drinks with these games! 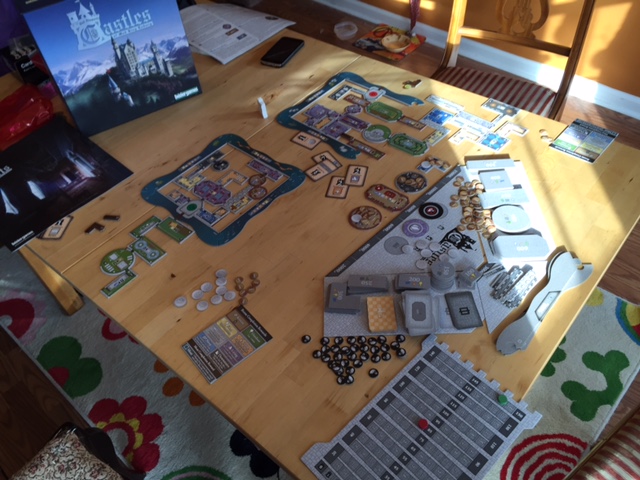 I fell in love with this game for it’s whimsical punched out pieces and something that can appeal to any child (or child at heart):  in this game you’re actually building a castle! Each game piece, ranging from 100 to 600 square feet, creates a top down view of a castle layout. And as the title indicates, the castles may end up making no sense at all. Since the available pieces are revealed randomly on each turn, you never know what you’re going to get or how you’re going to make the next room fit. The end result is a sprawling estate that has hallways to nowhere or a bedroom connected to a larder.

The “Secrets” expansion adds secret hallways that muffle noise from loud activity rooms, such as train rooms and sewing rooms.  Players also get the opportunity to build a moat around their castle for a big bonus, some rooms add fancy crystal swans that can be sold during the game or kept for a potential bonus at the end. 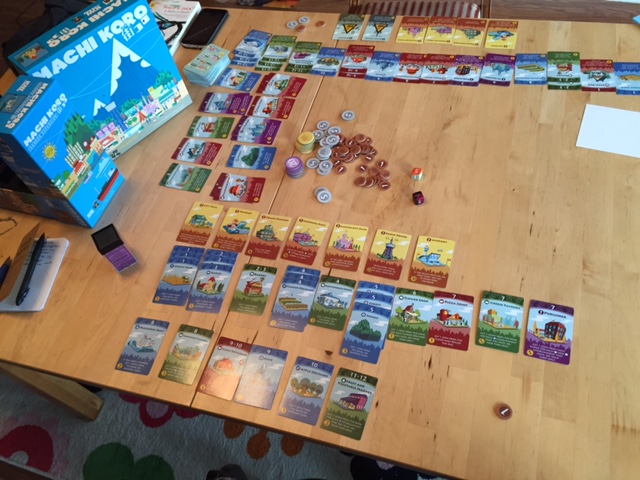 In this Japanese city building game you start off with nothing but three coins, a wheat field, and a bakery. In the Harbor Expansion, properties are placed randomly. In the base game, all properties are available during the entire game. Your goal is to build all of your landmarks (cards dealt to every player at the beginning of the game with an “under construction” symbol on the back). The first player to build their landmarks wins! This is more difficult than it sounds.  The most expensive landmark is 22 coins for the base game and 30 coins for the expansion. Your opponents may build properties that can tax you or make you pay for services. There are many different strategies to winning this game and it’s amazing to watch an entire town blossom from your humble beginnings. Plus, the art is colorful and cute, and the name is just really fun to say. 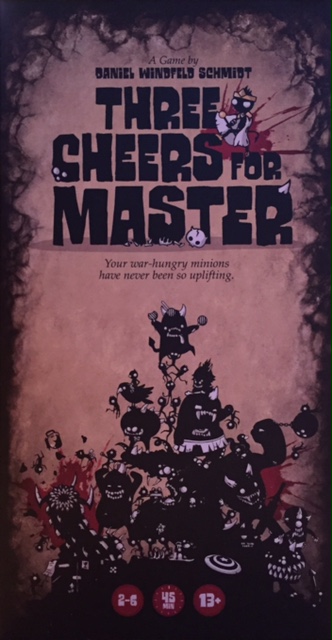 This is by far the weirdest game on my list. You are a minion for an evil master. The master is feeling gloomy lately, and you decide to cheer him up in the most obvious way possible – by making a massive tower with all of your minion buddies! Nothing can go wrong with this idea, of course. Oh, except that the minions tend to break out in “Big Hairy Fights” where they attack and eliminate each other. The minion that organizes her friends into the most impressive tower and climbs the highest on it pleases the master the most and wins the game. You can interfere with other players’ towers by playing really volatile minions on it, or by moving minions around so they’re more likely to attack each other. This is a light game that’s a lot of fun. The art is incredibly charming and the minions all have humorous names and flavor text that will keep your friends laughing, win or lose.

Melissa Garner is a game reviewer who loves all kinds of games: board games, tabletop RPGs, and video games. When she’s not playing a hero; she enjoys craft beer, comic books, knitting, and tea. She lives in Georgia with her nerdy boyfriend and two cats (who are slightly less nerdy).

The gang resurrects The Jimmy Jab Games in this week's episode of Brooklyn Nine-Nine! Check out our recap!
#B99 #Brooklyn99 https://www.geekgirlauthority.com/brooklyn-nine-nine-recap-s07e04-the-jimmy-jab-games-ii/

We are ready for World of Horror to release in just a few hours so you can join in on the haunting fun! Check out our review and let us know what you think! https://www.geekgirlauthority.com/gga-game-review-world-of-horror-haunts-players-in-1-bit-style/