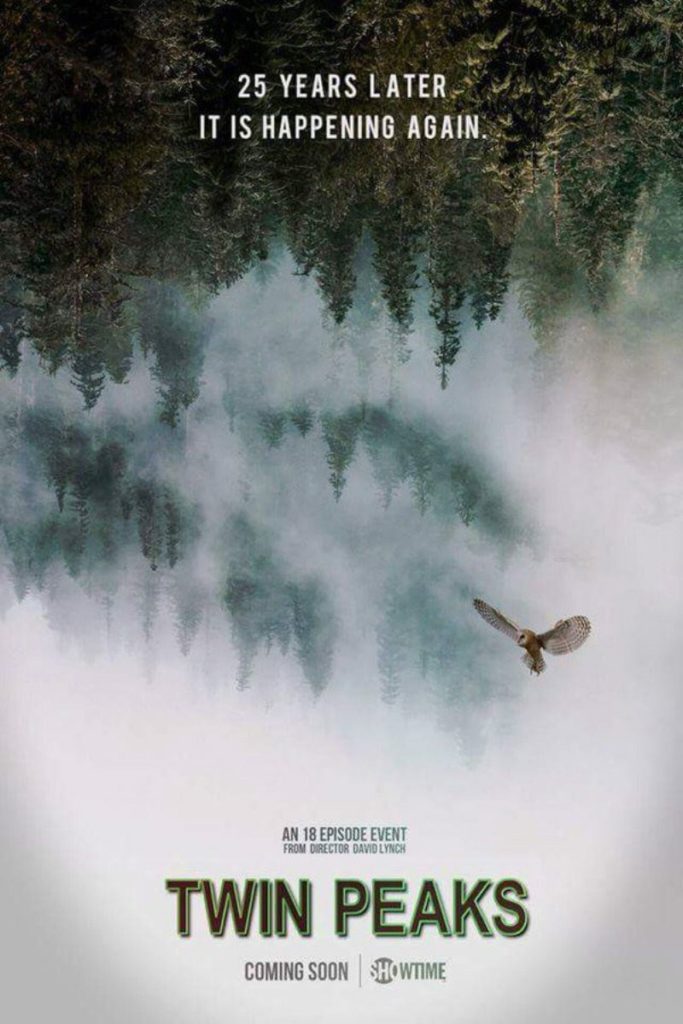 Showtime has just released a brand new poster for the Twin Peaks 18 episode event. At first glance it seems like a pretty normal image of the Pacific Northwest, not giving anything away about the story, BUT if you notice the forest is upside down. I love it!

Part of the charm of the original Twin Peaks is from the outside, it might seem like a “typical” small town drama. Everyone knows everyone, and thats true, but it’s David Lynch so something is alway going to be a little more odd, a bit quirkier and definitely darker.

This teaser was released a few months ago and Showtime has hinted that a full length trailer will be out soon:

There isn’t a definitive release date announced, but Twin Peaks is expected to air in January 2017, on Showtime.

25 Years Later It Is Happening Again…..