Lament of the Y-Axis Inverter 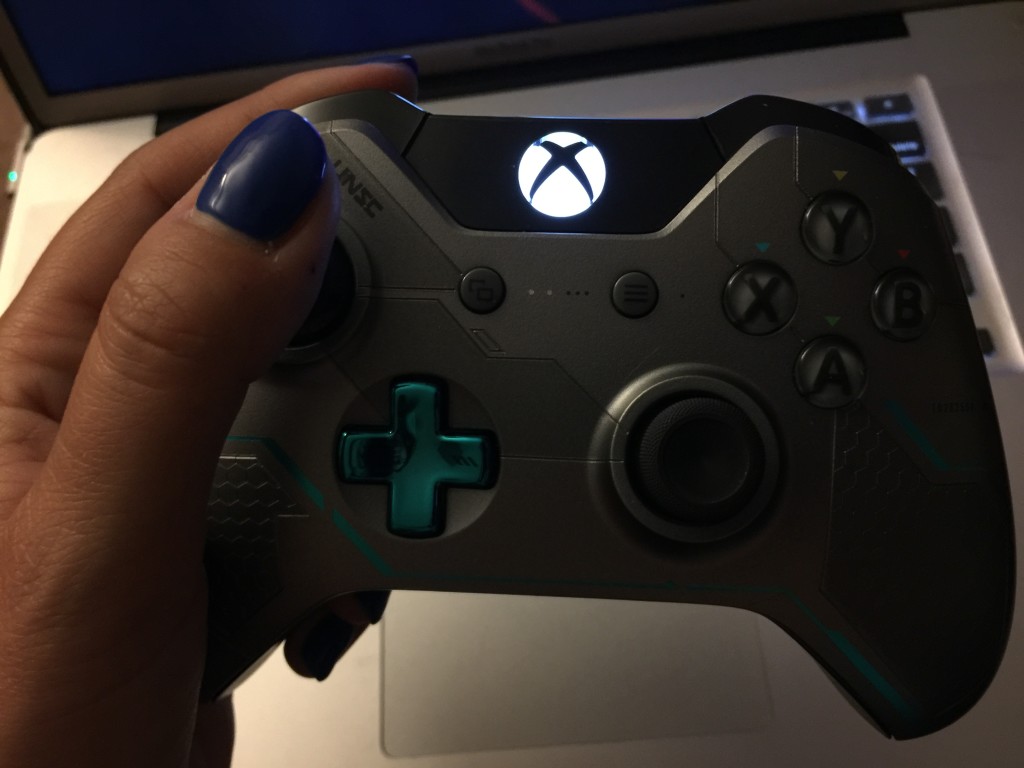 I have a confession to make, ok it’s not really a confession, it’s a complaint. I’m a Y-axis inverter and, as far as I can tell, hated by most game companies.  I am constantly reminded that I am the minority with every new console game I begin and with every shiny new opening sequence I have to frantically pause.

To me it’s the most natural thing in the world. I’ve been inverting as long as I can remember and by that I mean back to joysticks on computers, eventually on the N64, and, finally on modern consoles with two, count them, two separate thumbsticks. But, what I can’t remember is if inverting the Y-axis has always been an option or, was in fact, default and non inversion was what needed to be changed.  I just know I have always inverted the Y-axis.

It’s like flying an airplane, my dad was a pilot, maybe that’s where it comes from.

There are very few people I know that invert the axis like I do, well, at least I don’t think I know many. Honestly, it’s not something that comes up in conversation a lot. Unless we happen to be sitting on the same couch and either start a game together, OR I get the controller handed over to me, thrash around for a few minutes, then change the axis orientation. The only person I know, for a fact, that inverts like me is my brother. Everyone else either thinks we are strange aliens, or I don’t know where they stand on the whole inverting the Y-axis issue.

I’ve tried to play default and it’s a hot mess. I can’t do it. I flail around, shooting who knows where, running into who knows what, and making a general nuisance of myself. I also get very frustrated very quickly. It’s not pretty, you really don’t want to witness this. Although, it is funny, so maybe you do want to witness it.

Let me walk you through the steps that start all of my console games.

Honestly, you think it would be ingrained that I could skip Steps 3 & 4 entirely and go straight to Step 6. Either one, either playing or giving up. It would save me a ton of frustration. Nope, that is not what I do. Not sure what the other Y-axis inverters do but I always load up the game, attempt to play, and THEN remember to change the Y-axis. This is my process and it really and truly sucks.

There’s a very simple and yet maddening reason I spend as much time as I do hunting for the correct Y-axis option in every game; it seems like every game hides the Y-axis under a different menu. I don’t pay attention to developers and remember that maybe, just maybe, they put it under the same menu in each game. Nope, instead I feel like it’s some sort of twisted, sick, easter egg hunt that they inflict only on the inverters of the world. Sometimes it’s TWO different control settings. One for camera, one for aim. I mean, seriously?! Why can’t it be simple X and Y axis?

One time I came home from a night out and decided to start a new game. Started my normal routine, went through Steps 1-4 and eventually got stuck on Step 5. At that point I employed Alternate Step 6. I will admit, I was less than sober at the time, I will also point out I did the responsible thing and Ubered around all night. I feel like that needed to be clarified. Don’t drink and drive, seriously.

For a moment I considered holding the controller upside down to play.  Decided I had reached the point of bedtime and off I went. 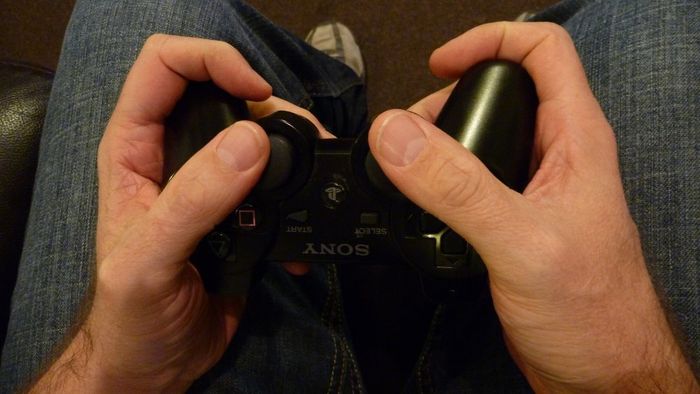 The next day, fully sober and frustrated by my lack of discovery the night before, I went back and hunted for the Y-axis options in the menus. Never found it. Needless to say, that game still remains untouched. Seriously, it does. Recently, I’ve considered going back and hunting for the elusive option I just haven’t done it yet. It has to be there. In this day and age a game cannot ignore the inverters entirely, it just isn’t done. Also, it’s a popular and well-respected game, I am clearly just an idiot and didn’t look in the correct place.

This is just one story and, arguably, the worst of them. I normally do find where to invert and don’t just give up on a game. However, it does run the gamut from the menu option being intuitive to find to down right impossible and sadistic.  Oh, and don’t get me started on games that throw you right into the action and won’t let you pause the game to invert. I’m looking at you Resident Evil 6, and I’m sure there others that aren’t coming to mind right now.  Pure pain, and if I didn’t love the RE franchise so much, I would have tossed the controller and given up.

Recently I loaded a brand new game, and my happy crashed down to frustrated as I went through steps 1-5. As my hunt for the Y-axis options went on, cursing ensued. I did ask the empty room why game companies hate inverters so very, very much and why can’t there be an option at the very beginning of the game asking if you are a normal or invert Y-axis? As in, you physically cannot start playing the game until you choose which one you are.

The axis inversion option was not in an intuitive place and, when I did find it, there were two different controls, one for each thumb stick. It does make a certain amount of sense since there are two thumbs sticks, but I call bullshit. Seriously, if you are going to invert one of them you are going to invert the other. I have never heard one person say “you know what, I would love to invert the Y-axis when my character looks around but not when I’m aiming a gun.” I mean, wait what?! So just stop it. One option, one thing to change, one Y-axis. I’ll be honest, I didn’t notice if they did the same thing for X-axis.

This is ridiculous example that did end in me playing the game, but does highlight how absurd some of this has become. The option can be hidden under anything from “controller options” to “camera options” to “fluffy sparkle pony options”. Ok, the last one is a lie but I feel like every year we come up with new categories to put in menus, more stuff for the players to adjust. I’m not opposed to it on principle, but, for the love of all the is digital, figure out where to put the Y-axis and just leave it there. Stop moving it around and don’t make it two separate options for each thumbstick.

Which leads me to another game I recently loaded to play. I’m going to go ahead and spoil this a bit, it was Rise of the Tomb Raider and, yes, I’m just now getting around to playing it. I loaded the game, and on the screen to calibrate my game there it was, the frakin holy grail, the option to invert the Y-axis before I ever saw one frame of the game. I swear I stared at the screen for what seemed like hours. The heavens opened up and angels sang. I giggled with glee and re-read the screen over and over again. I didn’t have to get invested in the game THEN change the axis, I could start it as the designers intended with no pause to change a silly option! 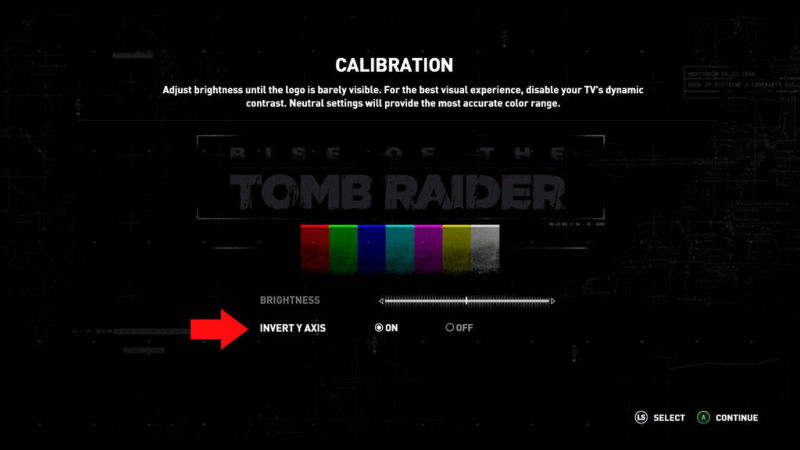 I was so excited I actually forgot to take a picture. Luckily, Kotaku did remember to take one and Stephen is clearly like me, tired of being hated by game companies. If you want to read some amusing comments regarding Y-axis inverting, peruse through the comments section. It’s fairly amusing and not uncommon among gamers.  It seems we are always explaining or justifying why we do or do not invert the Y-axis.

I don’t remember when it became a thing that you were either an inverter or you weren’t, but it is now one of the defining characteristics of who you are as a gamer.  Do you invert or do you not?  Most people associate inverters with old school gaming, and maybe that has some merit, but maybe it’s just a bunch of BS. I believe it became a prominent conversation with rise of multiplayer FPS and the original Xbox.  It may have started earlier than that with N64, but I don’t remember it being as polarizing an issue.

So much of the frustration could be eradicated if more games, ideally all games, followed Rise of the Tomb Raider‘s example and forced the player to choose before the action began.  Add it to the calibration screen for those games that use one, add it on the difficulty setting screen.  I don’t believe it should be that big of an undertaking and it would make a lot of people extremely happy.  Those people would never again be yanked out of an opening sequence only to hit pause and root around in your endless maze of menus.  We could, instead, become immersed in the game from the beginning like intended.

Why is this not part of more games? I know, you don’t think inverters are human, do you?