12 Donnie Yen Movies You Can Watch On Netflix Right Now 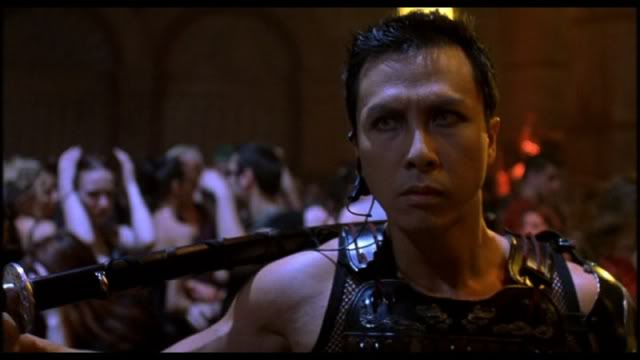 Donnie Yen, martial artist, actor, director, choreographer, world champion, the most badass character in Rogue One! Ok, I may be a little obsessed right now but he was my favorite part of Rogue One. He added the element of martial arts to a Star Wars movie that I didn’t even think I wanted, but now, I can’t get enough.

In addition to being a world champion in martial arts, he’s a prolific hip hop and breakdancer, and introduced MMA into the mainstream of Chinese culture. He, in fact, has implemented MMA into all of his recent films.

Netflix, currently has 12 movies starring or featuring Donnie Yen and you know that I’ve been watching them since last Thursday. He truly is impressive and his skill is masterful. 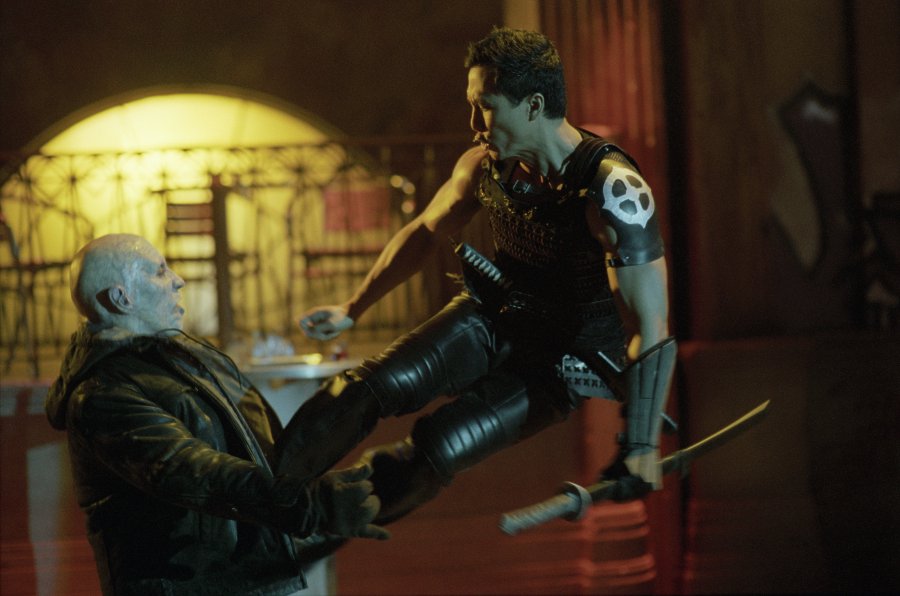 Blade II – The Blade franchise is a favorite and when I realized, after some Google stalking, that Donnie Yen had a small part, I re-watched immediately. His character goes by the name of Snowman. It’s a smaller character but what I didn’t realize that he was the martial arts choreography for the entire movie. Another perk is that Blade II stars Ron Perlman and is directed by Guillermo Del Toro! 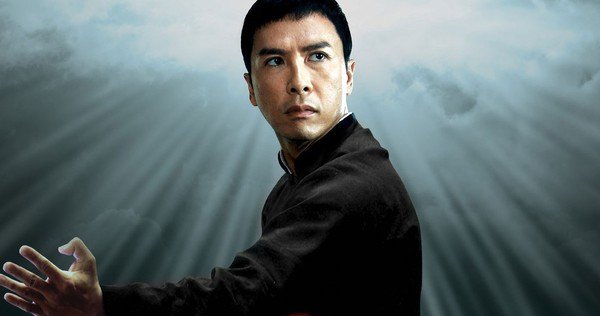 During the Japanese invasion of 1937, when a wealthy martial artist is forced to leave his home and work to support his family, he reluctantly agrees to train others in the art of Wing Chun for self-defense.

Donnie Yen stars as the title character and despite never having had an original release in North America or Europe, IpMan 1 still made over 28 million dollars.

Hero – Is a Jet Li vehicle, that almost didn’t get made. It was in pre-production for a while then right before Hero was to be made, Crouching Tiger Hidden Dragon came out. Not wanting to seem like they were making a copycat movie, the director, Zhang Yi-mou, shelved the movie. Jet Li then convinced him to complete the project because the script moved him too much.

The Monkey King – Donnie Yen AND Chow Yun-fat?! Yes, please! Although this film was not a critical darling, it did make almost 200 million dollars, internationally, so it did something right!

Sun Wukong, (The Monkey King) is a monkey born from a heavenly stone who acquires supernatural powers. After rebelling against heaven and being imprisoned under a mountain for 500 years, he later accompanies the monk Xuanzang on a journey to India. Thus, according to legend, Buddhism is brought to ancient China. This much beloved story, is as much a part of Asian culture as The Iliad and The Odyssey or The Wizard of Oz are to the West. This first installment in a trilogy of live action 3-D movies is actually a prequel to The Journey To The West, the much told story of the Monkey Kings adventures on the road to India. The Monkey King: Havoc In The Heavenly Palace will be released in the U.S. as The Monkey King. The first movie is the origins story — beginning with the birth of Sun Wukong and ending with his imprisonment for his crimes under the Five-Peaked Mountain. Along the way he acquires incredible powers, battling the armies of the gods and the armies of the demons to find his rightful place in the Heavens. It is a classic story of the scorned underdog who acquires great abilities but uses them recklessly and ultimately must pay a huge price to find redemption. The Monkey King captures the drama, beauty, humor and fantastic action of the folk legend and brings it to the screen in a way never before possible.

A cop goes undercover in a ruthless underworld organization to stop a gang leader, only to put himself in great danger after being exposed by his former protégé and best friend.

Again, not necessarily revered by critics but it’s another great box office success for Yen. In all honesty, do we really need a think piece with our action movies? Sometimes we just need to watch some kicking and running!

Dragon – Donnie Yen stars and serves as the movie’s action director. This is a movie that combines film noir and action/thriller and does it impeccably.

A papermaker gets involved with a murder case concerning two criminals leading to a determined detective suspecting him and the former’s vicious father searching for him.

Unlike some of the other I’ve mentioned above, Dragon is a well done and smart, martial arts movie!

A vicious serial killer is targeting top martial arts masters, and convicted criminal and kung-fu master Hahou (Donnie Yen) is the only one with the skills to stop him. Released from jail and into police custody, they soon have their doubts about Hahou’s true allegiance after a series of mysterious events. Hunted by an unstoppable killer (Wang Baoqiang) and the entire police force, Hahou finds himself on his own, leading to a final battle you have to see to believe in this action-packed, kung fu crime thriller from director Teddy Chen (Bodyguards & Assassins, The Accidental Spy).

Iceman – Donnie Yen has said this is his version of The Highlander. If you can look past the convaluted plot and turn a blind eye to the fact that Iceman cost 200 million dollars to make, then I’d say you’ll have a great time. If you’re not looking for anything substantial and just want some fun action, then this is worth it. If you just need that Donnie Yen fix, go for it!

Flash Point – Donnie Yen and Wilson Yip are together again, in Flash Point.

Flash Point is a return to SPL territory – at least character-wise. This prequel to SPL finds Yen’s Inspector Ma involved in a difficult case versus a trio of deadly Vietnamese bad guys. Inspector Ma’s partner Wilson (Louis Koo) poses as a member of the gang to keep tabs on the trio, leading to the arrest of Archer (Ray Lui of To Be Number One). However, Archer’s cohorts Tony (Collin Chou of The Matrix Reloaded) and Tiger (Xing Yu of Kung Fu Hustle) are still at large, and will stop at nothing to prevent Wilson and other witnesses from testifying. When they kidnap Wilson’s girlfriend (Fan Bing Bing) to blackmail him, only Inspector Ma is willing to come to his partner’s aid – and whoever stands in his way had better watch out!

Crouching Tiger Hidden Dragon: Sword Of Destiny – This sequel stars Donnie Yen and Michelle Yeoh and thats all you need to know. Two of my favorite actors and martial artists, it’s a perfect movie for date night, if you’re dating someone cool. If you’re not dating someone cool, then you’re probably relegated to watching reruns of Duck Dynasty and to that I say ”GET OUT!”

Again, after you watch Rogue One for the fifth time, take a gander with any of these wonderful Donnie Yen, Netflix and Chill, options!