Here Are 10 Things to Watch on Netflix This Weekend 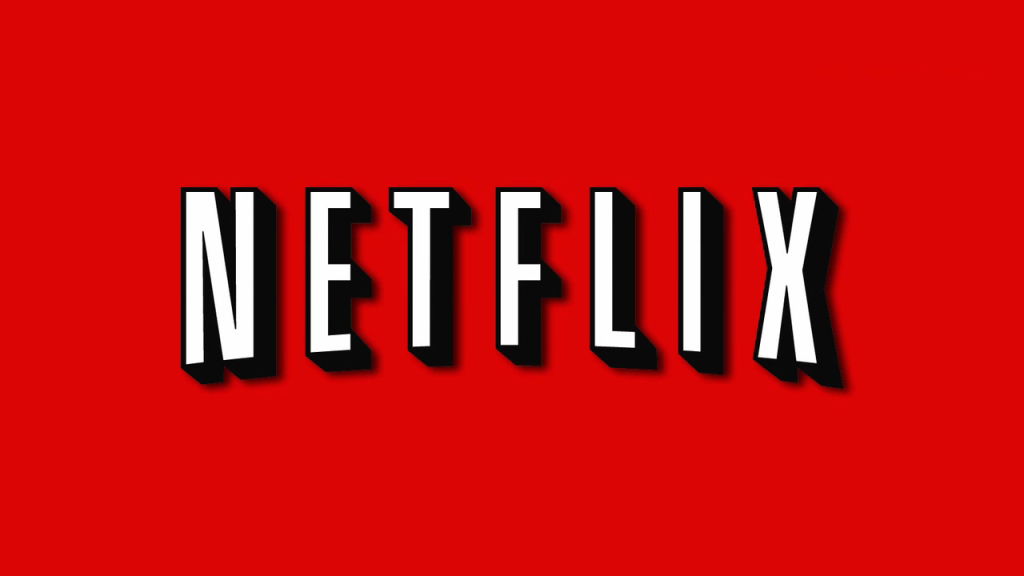 Netflix can sometimes be daunting. With so many choices, what do you pick to watch? We’ll bring it down to 10 choices you can sink your teeth into this weekend. We’ll be focusing on sci-fi and fantasy because we’re geeks, of course! As a note, these films/shows are available on the United States Netflix streaming service. It may not be available in your country at this present time.

You heard me right. The entire trilogy is currently up on Netflix. Relive the majesty of the first one, compelling you into the exciting and dangerous world of dinosaurs. Followed by The Lost World, the one with the exciting ending of the T-Rex escaping in San Diego! And the third with…dinosaur dreams. …Listen, it got a little weird at the end but it’s still a great trilogy of films. They’re currently up on Netflix all for you to binge this weekend.

In Steven Spielberg’s massive blockbuster, paleontologists Alan Grant (Sam Neill) and Ellie Sattler (Laura Dern) and mathematician Ian Malcolm (Jeff Goldblum) are among a select group chosen to tour an island theme park populated by dinosaurs created from prehistoric DNA. While the park’s mastermind, billionaire John Hammond (Richard Attenborough), assures everyone that the facility is safe, they find out otherwise when various ferocious predators break free and go on the hunt.

The Day the Earth Stood Still 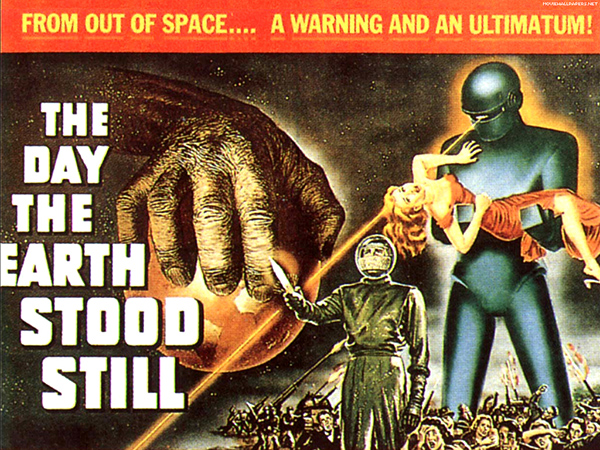 No, not the remake with Keanu Reeves from 2008 – the original 1951 black and white film. At the time, the film was widely regarded as the best film of that year. It was filmed in a documentary style, a style that wasn’t used in the time. It’s so beloved that in 1995 it was selected for preservation in the United States National Film Registry as “culturally, historically, or aesthetically significant”. Why not watch this classic?

When a UFO lands in Washington, D.C., bearing a message for Earth’s leaders, all of humanity stands still. Klaatu (Michael Rennie) has come on behalf of alien life who have been watching Cold War-era nuclear proliferation on Earth. But it is Klaatu’s soft-spoken robot Gort that presents a more immediate threat to onlookers. A single mother (Patricia Neal) and her son teach the world about peace and tolerance in this moral fable, ousting the tanks and soldiers that greet the alien’s arrival. 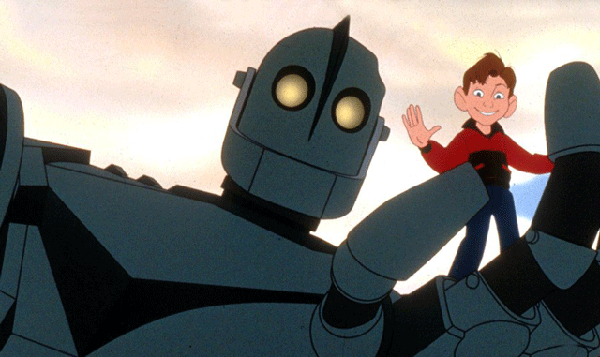 Want to watch something more modern? How about The Day The Earth Stood Still’s cousin – The Iron Giant. An animated children’s film beloved by many fans of all ages. Set in 1957 during the beginning of the Cold War, it sets around a young boy and a giant built to destroy. The film was Brad Bird’s first animated feature and to some, he knocked it out of the park. It also marks Vin Diesel’s first vocal work. Check this out if you want a heart-warming story.

In this animated adaptation of Ted Hughes’ Cold War fable, a giant alien robot (Vin Diesel) crash-lands near the small town of Rockwell, Maine, in 1957. Exploring the area, a local 9-year-old boy, Hogarth, discovers the robot, and soon forms an unlikely friendship with him. When a paranoid government agent, Kent Mansley, becomes determined to destroy the robot, Hogarth and beatnik Dean McCoppin (Harry Connick Jr.) must do what they can to save the misunderstood machine. 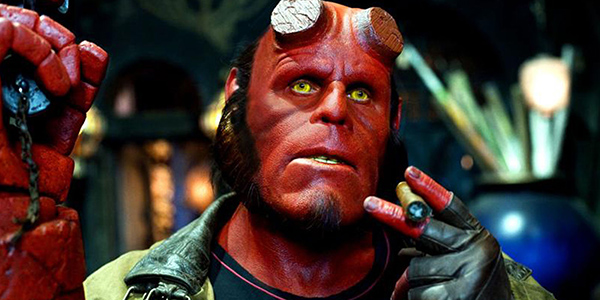 Want a superhero film with a twist? This dark fantasy superhero film may just be the thing you’re looking for. Loosely based off the graphic novel series from Dark Horse Comics, Hellboy is a demonic beast turned hero who protects the world from paranormal threats. While it was deemed a minor box office success, the film and it’s sequel have gained a cult following. With Guillermo del Toro directing and Ron Perlman starring as the titular hero, what’s there to lose?

At the end of World War II, the Nazis attempt to open a portal to a paranormal dimension in order to defeat the Allies, but are only able to summon a baby demon who is rescued by Allied forces and dubbed “Hellboy” (Ron Perlman). Sixty years later, Hellboy serves as an agent in the Bureau of Paranormal Research and Defense, where he, aided by Abe Sapien (Doug Jones), a merman with psychic powers, and Liz Sherman (Selma Blair), a woman with pyrokinesis, protects America against dark forces. 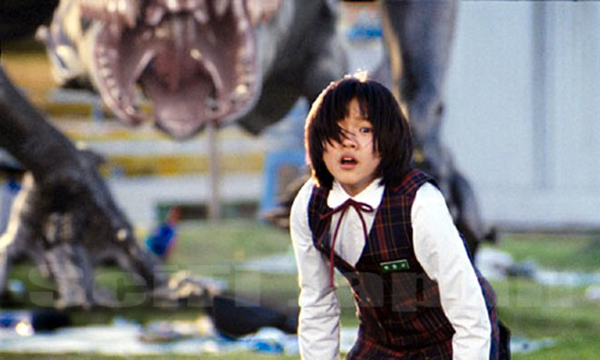 Need a monster movie that balances between dark comedy and gripping kaiju movie? Look no further than The Host. Gwoemul or Monster in the English translation, is a monster film set around one family as they try to get a man’s young daughter back. The film is more about the family’s story over the monster but it still delivers in monster thrills and scares. It’s surprising hilarious in some places and utterly tragic in others. It’s a definite must-watch! Preferably in the original Korean language with English subtitles.

Careless American military personnel dump chemicals into South Korea’s Han River. Several years later, a creature emerges from the tainted waters and sinks its ravenous jaws into local residents. When the creature abducts their daughter (Ah-sung Ko), a vendor (Song Kang-ho) and his family decide that they are the only ones who can save her. 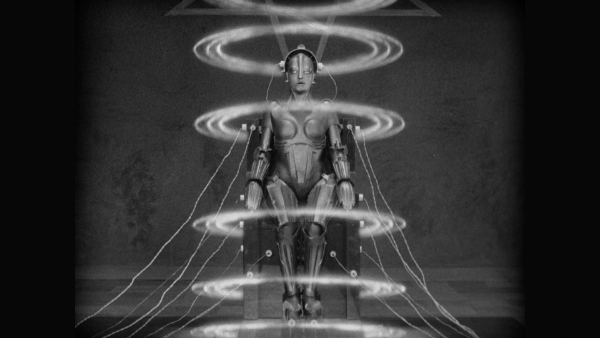 The film that gave birth to the sci-fi genre we all know today! It’s a silent film from 1927, known as a “German expressionist epic science-fiction drama” and a pioneer in the sci-fi genre. The film has been “lost” for decades but as of 2010, 95% of the film has been restored and is the version that is currently available on Netflix. It’s visually stunning, especially for when it was made! This may be one of the oldest films you’ll ever see.

This influential German science-fiction film presents a highly stylized futuristic city where a beautiful and cultured utopia exists above a bleak underworld populated by mistreated workers. When the privileged youth Freder (Gustav Fröhlich) discovers the grim scene under the city, he becomes intent on helping the workers. He befriends the rebellious teacher Maria (Brigitte Helm), but this puts him at odds with his authoritative father, leading to greater conflict. 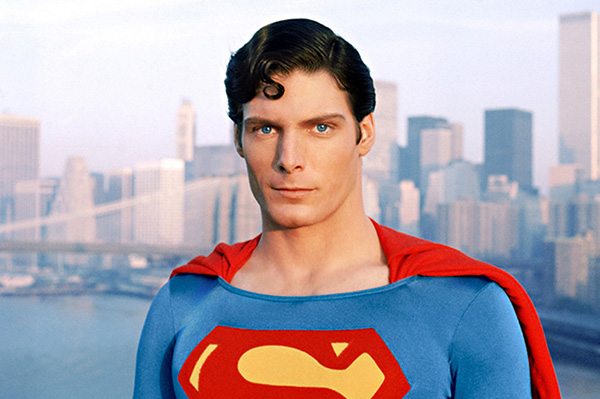 The film that is the inspiring factor in our superhero films today. Richard Donner’s Superman saw the big boy scout in blue fly his way into homes in the late 70s. Christopher Reeve took on the spandex in such a spectacular way that it’s hard not to compare his portrayal to others. He’s the definition of Superman. While it may be a bit cheesy now, it’s still one of the best superhero films of all time. And with John Williams hum-worthy theme, this film is an absolute classic. Oh now I’m humming the theme… 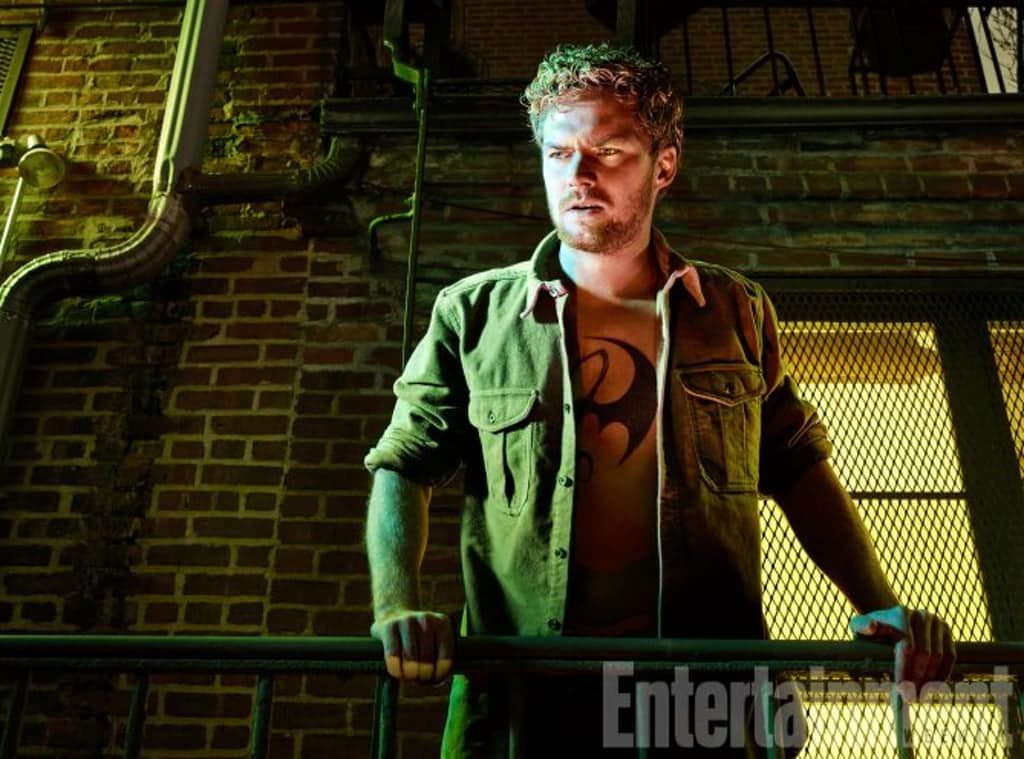 Speaking of superheroes, Marvel’s latest Netflix production has been released! The last of the Defenders to be introduced, Danny Rand hits the streets of New York with his new abilities. While controversy surrounded the casting of Finn Jones, the show itself is getting mixed to unfavorable reviews. However, you have to see it to know for yourself! Marvel’s shows on Netflix tend to be well produced so see the origins of Iron Fist before he joins The Defenders!

Returning to New York City after being missing for years, Daniel Rand fights against the criminal element corrupting New York City with his incredible kung-fu mastery and ability to summon the awesome power of the fiery Iron Fist. 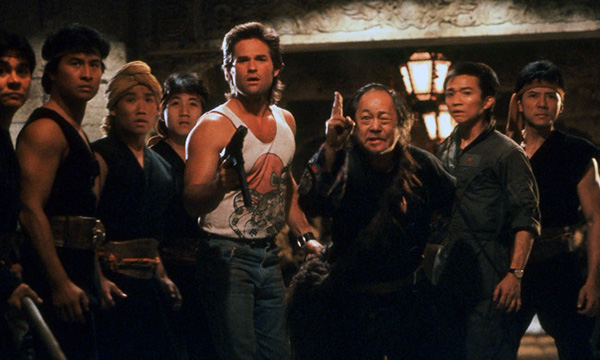 Pure. Campy. Fun. This is what the 80s were about! The fantasy martial arts film sees Kurt Russell as truck driver Jack Burton diving straight into a wacky underground plot. There are really no words to describe this film. It has martial arts, campy villains, cheesy dialogue, over the top action – everything you could want. You have to see it to believe it.

Kurt Russell plays hard-boiled truck driver Jack Burton, who gets caught in a bizarre conflict within, and underneath, San Francisco’s Chinatown. An ancient Chinese prince and Chinatown crime lord has kidnapped a beautiful green-eyed woman, who is the fiancee to Jack’s best friend. Jack must help his friend rescue the girl before the evil Lo Pan uses her to break the ancient curse that keeps him a fleshless and immortal spirit. 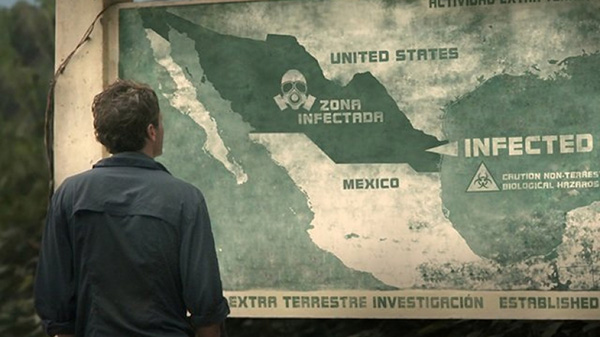 Gareth Edwards directorial debut sees creatures have taken over a region between Mexico and the United States. After a probe crashed on Earth, the humans have been losing the fight against the monsters that now live here. Another human focused story among the action of monsters. This film is a little more subtle with the monsters, not actually showing what they look like till the very end. Edwards likes to play with the idea of the monsters versus showing them outright. It makes for very tense scenes. If you want a good monster movie, this may be the one for you.

Six years after the crash of a NASA space probe, a large area between Mexico and the U.S. is under quarantine while Mexican and American military forces fight a losing battle with the giant creatures who now live there. While covering the conflict, a photojournalist (Scoot McNairy) gets uncomfortably close to the action when he escorts his boss’s daughter (Whitney Able) through the zone to the U.S. border.

And that’s our list! This is just a fraction of what’s available on the site, of course. But hopefully we’ve narrowed some options down for you. There was only one television show listed but don’t let that fool you, there’s plenty of geeky shows to watch as well. But that will be a list for another time. Let us know what you think and happy watching!