In honor of the newest Star Trek series, Star Trek: Discovery, premiering this Sunday… I’ve put together a list.  I have compiled my 10 favorite Star Trek ‘discovery’ episodes: episodes that center around, introduce and/or provide the audience with significant discoveries.

Now, this list could have easily been 20, 50, 100 episodes long.  It was actually kind of torturous picking only 10.  Given the nature of Star Trek as a show, discovery is a key theme across series’.  But, if you’re looking for some awesome Trek episodes to revisit, or if you want a little smorgasbord of an introduction to the universe… this is a good place to start.

Here are 10 ‘discovery’ episodes from Star Trek: The Original Series, The Next Generation, Voyager and Deep Space 9 ( Enterprise didn’t make my list of 10… sorry folks) in no particular order, and grouped by series.

TOS – The Trouble with Tribbles 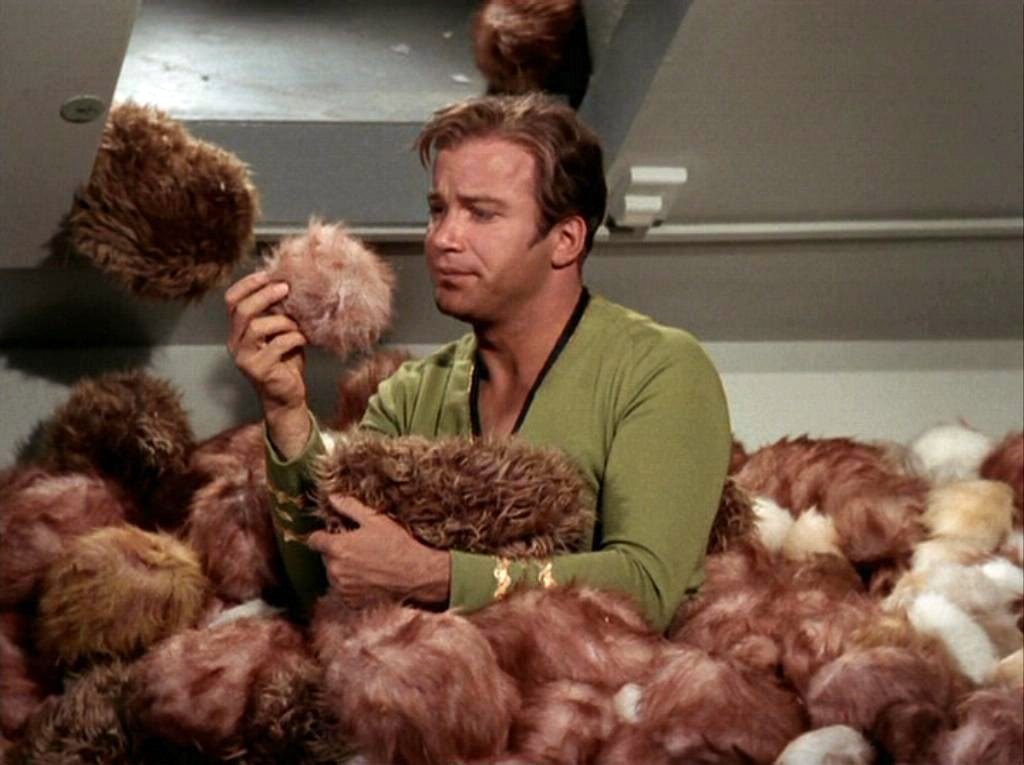 We start with an undeniable classic.  The Trouble with Tribbles is a great discovery episode because, in addition to the hilarious little balls of fur enchanting humans, hissing at Klingons and gumming up the works of the Enterprise, the little guys produce TWO big time discoveries in this episode.  They out a Klingon agent in disguise (Darvin) by hissing at him.  Tribbles hate Klingons.  And, by gorging and dying, reveal that Darvin has poisoned the grain that the Enterprise was tasked to protect.  It’s a really fun episode with really fun twists.  And, you get to see the crew on shore leave.  Awesome.

In this episode, Kirk and a landing party get caught in an ion storm and accidentally transported to an alternate universe where they discover their alter-egos.  We see evil Spock sporting a goatee and evil Kirk in the most ridiculous shiny tank top.  The crew of the Enterprise in this parallel universe are violent, malevolent and there’s a place on the ship called the Agony Booth.  I mean, come on!  That’s great. 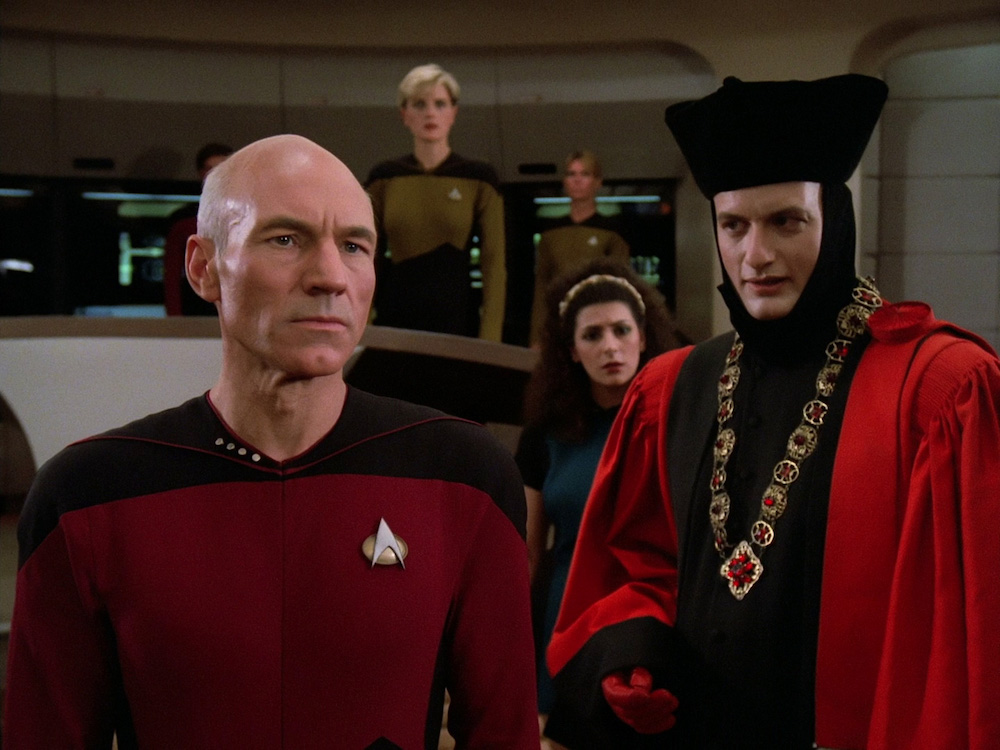 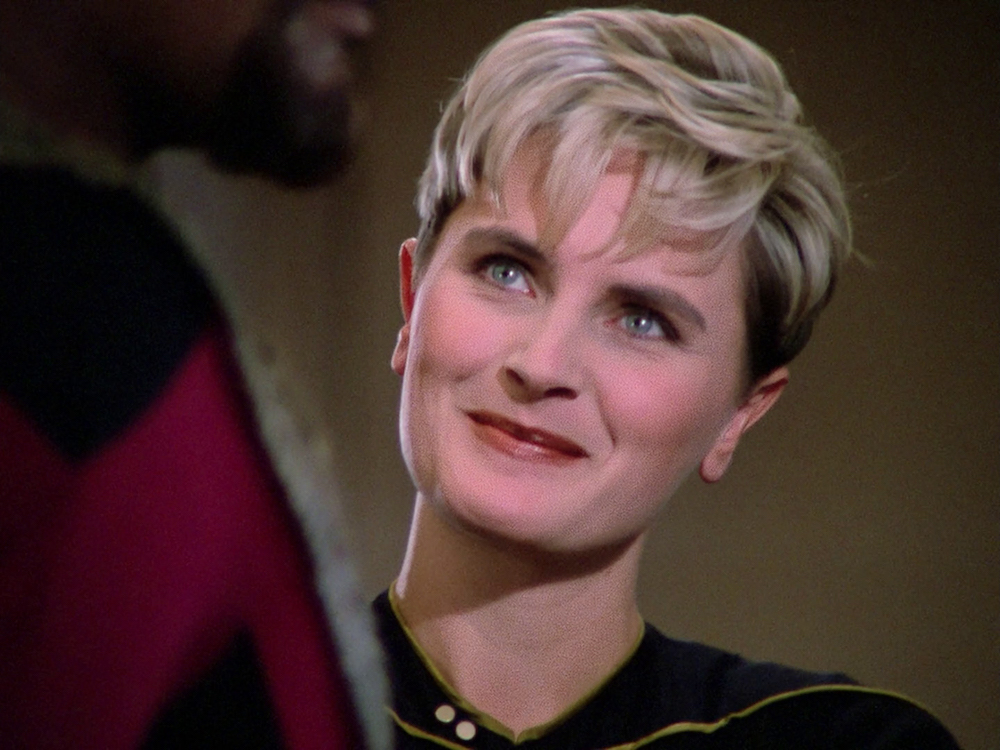 In Skin of Evil we, as the audience, discover the danger that is truly inherent in the job of a Starfleet security officer with the death of Tasha Yar.  Yes, she was killed because she wanted out of the show, but it was still a shock to the system when it happened and it really told us that anything, good or bad was possible.  And, there’s an ancient anthropomorphic blob that swallows Riker whole at one point.  That’s pretty awesome. 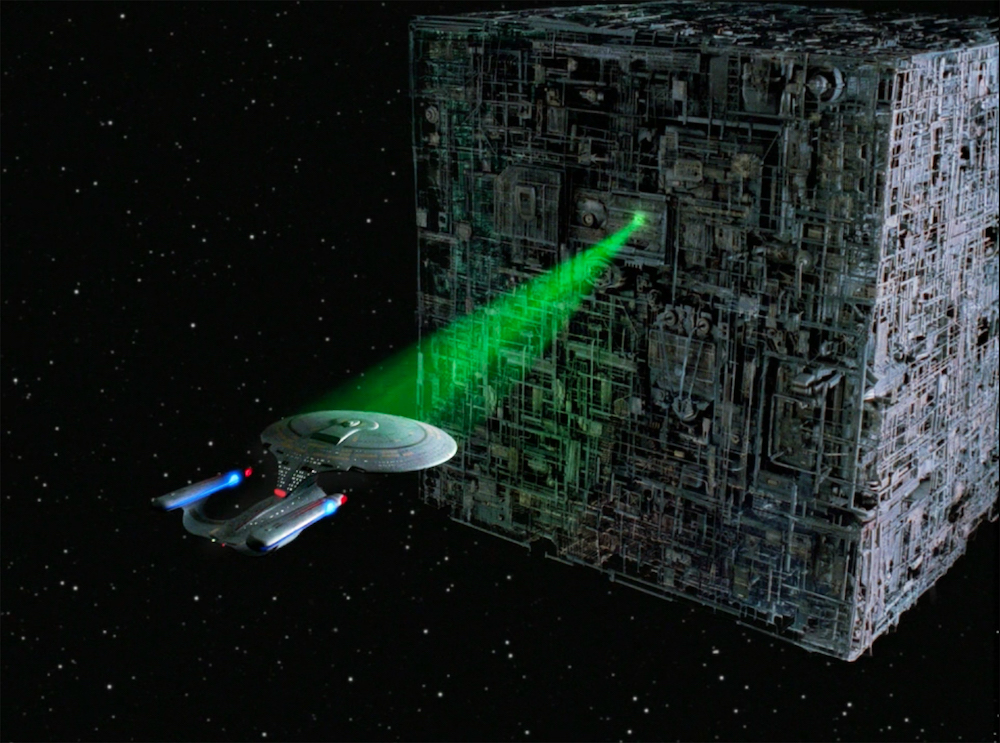 This is one of the biggest discoveries of all.  The Borg.  Q comes back after promising to leave the Enterprise alone and thrusts the ship and it’s crew into uncharted space and a terrifyingly all-consuming enemy.  The Borg are one of my favorite alien races in all of sci-fi.  Just the concept is amazing.  The application of the threat of the Borg is just as good. 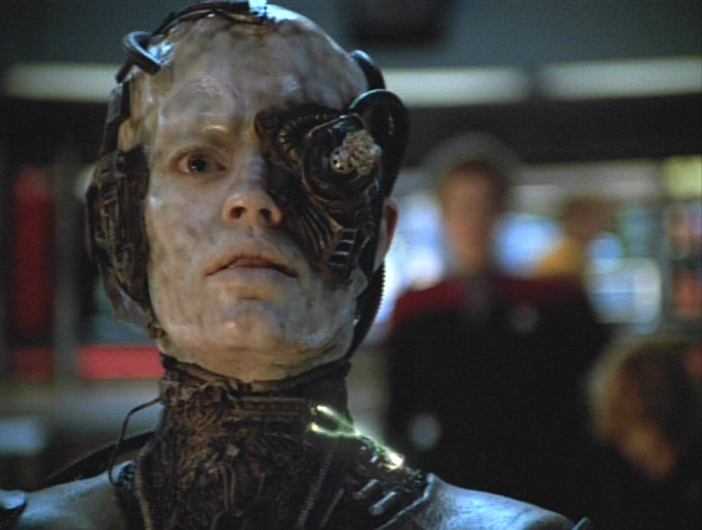 Speaking of the Borg… this episode of Voyager brings the Borg and Starfleet into an unlikely alliance when species 8472 is discovered.  8472 is more powerful than any enemy, including the Borg and it’s hell-bent on destroying all life in the galaxy.  This is the episode where we meet 7 of 9, and that is reason enough to put it on the list.

These two episodes are FULL of twists and turns.  Part 1 starts with an attack on a Federation ship.  That ship, we discover, is the Equinox and it needs Voyager’s help.  They oblige, and try to help the ship defeat their attackers… until they discover ( through the use of the holographic Doctor) that the crew had been lying all along.  There’s also a Part 2  that picks up in crisis.  Janeway goes rogue, orders torpedoes on the Equinox, strips one of her crew members of command, and almost kills a fellow Starfleet officer.  I won’t tell you how it ends, but it’s dark and scary and awesome all over. 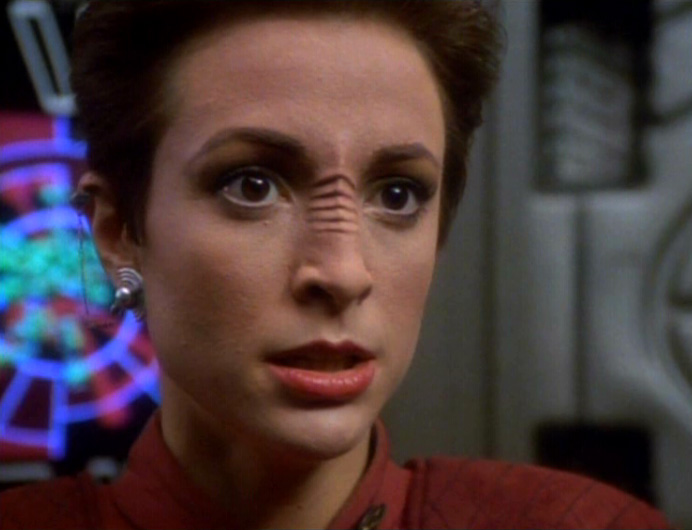 I love this episode.  It’s truly one of my favorites.  Kira confronts a Cardassian war criminal about the atrocities he’s committed.  During the investigation she’s forced to look at what she did in the war and consider that she isn’t innocent either.  She finally discovers that the prisoner is not who he says he is, and finds in herself the forgiveness that they both need.   It’s a psychologically fascinating episode about war and it’s effects.  Watch it.

I love any episode that plays with time and space.  This one is great.  Commander Sisko and his son Jake are on the Defiant to witness a once-in-50-year inversion of the Bjoran wormhole, and that causes their warp drive to go down.  They fix it, but a shock from the drive strikes Commander Sisko and he disappears into a subspace dimension where he’s stuck in time.  Everyone thinks he’s dead.  But, they discover it’s not that easy when he keeps reappearing for short periods of time as Jake grows older.  Jake becomes obsessed with getting his dad back.   We follow him into old age, he discovers a way he might be able go back and change things, when he reunites with his father one more time… watch to see the end.  It’ll make you cry. 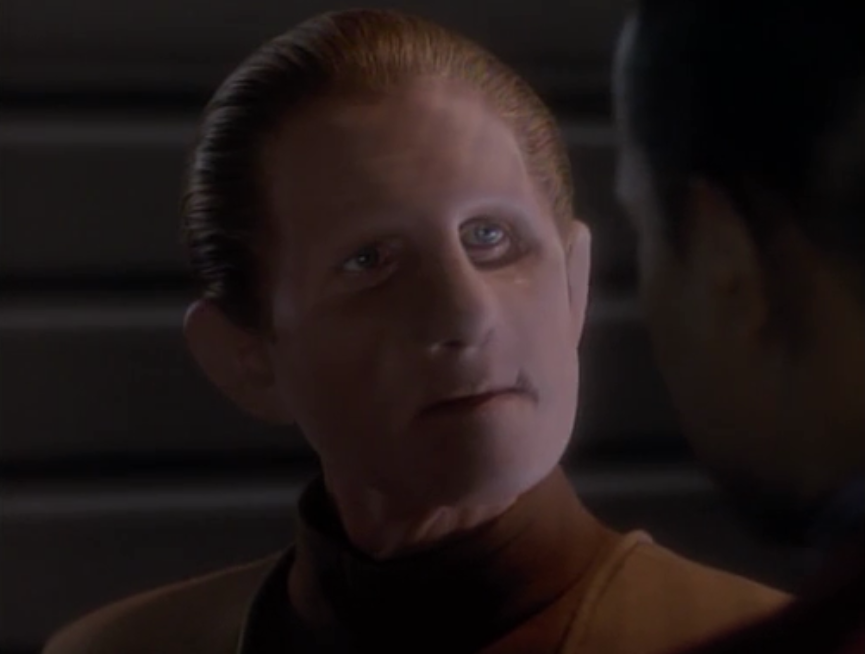 This two-part episode is all about the Dominion, and where Odo comes from.  Odo, being one of my favorite characters of all time, had to make this list.  We discover his origins in these episodes, and who the Founders really are, and what they’re willing to do.  We also discover what Sisko and his crew are willing to sacrifice for the station and for each other.  These two episodes are full of action, adventure and twists and turns.  Watch!

What are your favorite Star Trek ‘discovery’ episodes?  Tell us!