With Mother’s Day quickly approaching, it seemed like an appropriate time to look back at the fabulous and colorful history of TV moms. This list doesn’t necessarily encompass the best. These women might not be the sending you off to meet the bus with a freshly made sandwich (though we still love you, Donna Stone!). Following is a Top 10 list of our favorite unique, quirky and sometimes dysfunctional TV moms…

Morticia serves as the matriarch in the popular series The Addams Family, which ran between 1964 and 1966.

In her performance, Carolyn Jones brings a sincere likability to the complicated role. While there might have been an urge to play up the outrageousness of the characters, the Addams clan are played like any other television family. They just happen to be a bit quirky to look at. Furthermore, throughout the series Jones enjoys amazing chemistry with her TV husband Gomez (John Astin). Even with two children and multiple relatives living with them, they often behave like a couple of newlyweds.

A former Nick-at-Night and TVLand staple, Bewitched ran on ABC for much of the 1960s, following the exploits of modern day witch Samantha (Elizabeth Montgomery) and her chronically frazzled husband Darren (Dick York). Like any mother-in-law should, Samantha’s mother Endora (Agnes Moorehead) always relished coming in and causing trouble for her harried son-in-law.

In her performance, character actress extraordinaire Moorehead brought an over-the-top, enjoyable campiness to the role, which essentially defined Samantha’s life as a witch. While Moorehead was a series regular, the show continually brought in equally colorful performers like Paul Lynde and Bernard Fox to portray Samantha’s other family members.

Rory Gilmore’s (Alexis Bledel) relationship with her mother Lorelei (Lauren Graham) seems like one everyone can strive for. A staple of WB/CW programming in the early 2000s, The Gilmore Girls ran for an impressive seven years. The family dramedy features the distinctive voice of show-runner and creator Amy Sherman-Palladino, and the show features perfect casting of its two leads. The talented cast seems to thrive in their delivery of the quirky, fast-paced dialogue.

Lauren Gilmore’s portrayal of Lorelei is fun and quirky. Very few actresses could handle the intensity of this show’s banter with such light-heartedness. Furthermore, Lorelei’s relationship with her daughter, which is built by this dialogue, serves as the foundation for the show. Sometimes, the mother and daughter feel more like sisters, and sometimes the roles even reverse. However, there’s a strength behind Rory and Lorelei’s bond which holds their relationship as one of the strongest on our list. 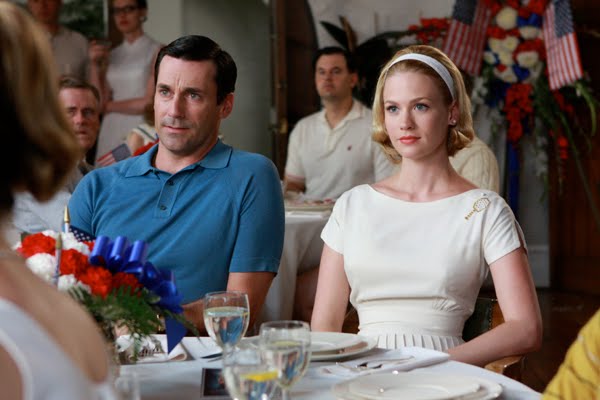 Betty Draper (January Jones) begins as the fashionable Draper family matriarch in the first season of Mad Men. The popular AMC drama ran for 7 seasons, becoming a standard of quality television during the early years of the 2010s.

Betty is the long suffering wife of ad man extraordinaire, Don Draper (Jon Hamm). In the early years of the series, Betty is a young mother who finds herself trapped inside the Draper’s upscale suburban house with two young children. She’s young, isolated and is stifling in her current situation. Her nerves are bursting to such an extent that the trouble is beginning to manifest itself in physical symptoms.

Throughout the series, Betty finds herself with one of the biggest character evolution arcs, while Don largely remains the sympathetic figure of the series. However, with everything Betty went through with him, can she really be faulted?

It’s hard not to respect Miss. Ellie Ewing (Barbara Bel Geddes). The matriarch of the super-sized and massively dysfunctional Ewing clan in Dallas, she puts up with more than her fair share of drama. The primetime soap premiered in 1978, and ran for an impressive 14 seasons before being cancelled in 1991.

Miss. Ellie is one of the more traditional tv moms on this list. Despite all of the dramatic crap she goes through, she takes it with the grace of a well-bred southern debutante. She is one of the few purely good people in a deceitful family with J.R. Ewing (Larry Hagman) at its head. However, despite everything, she loves her children. 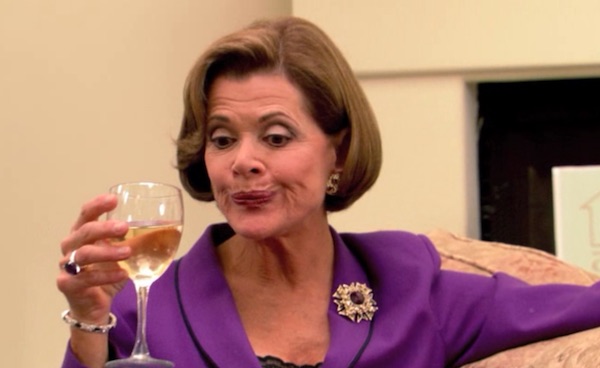 From the first moments of the pilot episode, the character of Lucille seems to be fully fleshed out. The wealthy and out-of-touch Lucille is thrown for a loop when her husband George (Jeffrey Tambor) is arrested for his business practices. Her character is completely devoid of any mental filter, and combine this with her fondness for wine, Lucille has a number of cringe worthy moments which keep audiences laughing.

Modern Family is the mainstay sitcom on ABC with seemingly endless renewals under its belt. Over the course of the show, Julie Bowen’s portrayal of Dunphy family matriarch Claire has developed to a new level of delightful dysfunction.

Claire Dunphy began as a harried housewife doing her darnedest to raise three incredibly different children, as well as a childlike husband. While her children grew up around her, Claire gradually evolved. With the show coming to the end of its eighth season, Claire now has a job, as well as an unapologetic fondness for wine. As Modern Family developed into a mainstay on ABC, Claire Dunphy has evolved from simply another TV mom into a fun and interesting character in her own right. 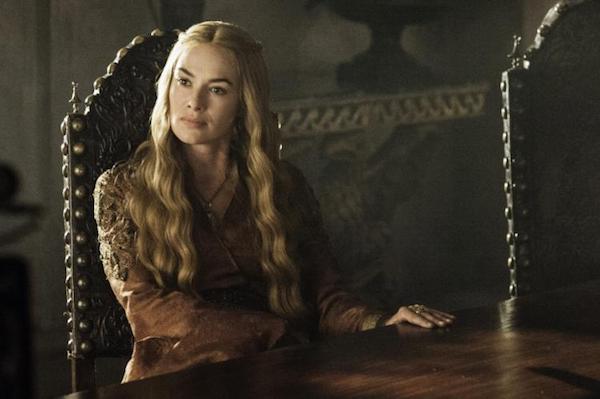 Cersei, Cersei, Cersei… what is there to say about Cersei. The Lannister family matriarch has been holding down the royal family of dysfunction on Game of Thrones since the show’s premiere in 2011.

In her performance, actress Lena Headey sinks her teeth into this very meaty character, making her one of the most divisive on television. Yes, she’s evil. Yes she really enjoys her wine. However, one of the few things that remains a constant with the character is her love for her three… two…. oh dear…. her children.

The Partridge Family still conjures memories of pleasant 1970s nostalgia. The popular series dominated the television and musical airwaves between 1970 and 1974.

Shirley Partridge was one of a wave of single mothers on television throughout the late 1960s and early 1970s. However, despite all the hardships and the struggles of having 5 children, she somehow found the time and energy to join the family band. Not only this, but throughout the run of the series, Shirley is seen trying to not only go back to school, but also date, and hold down a job. Throw in the likability and charisma of actress Shirley Jones, and Shirley Partridge goes down as one of the 1970s most fun TV moms.

Peg Bundy is the matriarch of Married with Children’s… unconventional… Bundy Family. The show debuted on the brand new Fox network in 1987, and ran for an impressive 11 seasons before being cancelled in 1997.

Peg takes the dysfunctionality of Modern Family‘s Claire Dunphy and multiples it. In a series full of over-the-top caricatures, Katey Sagal’s performance is absolutely spot on. From her giant red wig, to the heels which are always a bit too high, Peg is one of our more reluctant TV moms. Yet, despite the continual awkwardness in her relationship with Al (Ed O’Neil), she loves her kids. Well, at least enough for the annual Christmas feast at Denny’s.

Throughout television history, moms have been the center of attention. Names like June Cleaver and Carol Brady are mainstays on lists of the best TV moms in history. However, there have been generations of TV moms. These actress bring fun, interesting and colorful characters to life on the small screens, and are some of our favorite TV moms.

Did some of your favorites make the list? Who did we leave off?